On March 25, Ukraine’s Vice Prime Minister and Minister of Digital Transformation, Mykhailo Fedorov, announced the inauguration of the National Film Theatre’s ‘Meta History: Museum of War’ collection on Twitter. The proceeds from the Museum of War NFT collection would go directly to the Ministry of Digital Transformation of Ukraine’s official crypto wallets, which would be used to help the troops and civilians affected by and caught in the ongoing Ukraine-Russia military war.

The following are the reasons behind the step, according to the NFT collection’s website:

According to Forbes.com, the initial sale will be organised by Fairxyz.com, a Ukrainian crypto start-up, and will include 5,000 to 7,000 NFTs valued at roughly $450 each. Up to $3 million is estimated to be raised from the auction. 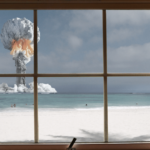