A new set of non-fungible tokens (NFTs) dedicated to Tesla CEO Elon Musk has appeared in the crypto realm. “Dogs of Elon” is the title of this NFT series (DoE). This series includes 10,000 distinct dog-inspired NFTs, with many “K-9” possibilities for consumers to pick from. A website with extensive information about the NFT series has also been launched.

The invitation to supporters of Doge-like dog coins to mint NFTs from this Musk-dedicated series has also gone viral on Twitter. Non-fungible tokens, or NFTs, are virtual collectibles that may be purchased using cryptocurrency.

“You can now MINT NFT and join pre-sale on our website!” the Dogs of Elon tweeted in response to a comment on the upgrade.

Special sub-collections of DoE NFTs of 30 unique Elons and 70 zombie Doges will be included in the NFT series.

“As a celebration of the strongest communities in crypto, the DoE NFTs can be staked to earn $renDOGE and $SHIBA, $DOE for a short period. Each deposited NFT will equal one share in this limited-time pool,” the website explained.

To provide a fair playing field and reward opportunity, each participating address will be allowed to claim just 20 of the 10,000 DoE NFTs.

Despite the fact that the news has been making the rounds for a few days, Tesla’s centi-billionaire CEO has yet to respond.

Several Dogecoin clones, such as Shiba Inu, Kishu Inu, and others, have recently gained popularity. These dog-themed coins have reasonable valuations, making them accessible crypto investment for modest investors.

Dogecoin is the most popular memecoin, and despite the fact that it began as a joke in 2013, its popularity in the United States has increased dramatically in recent years.

According to a new research done by an Australian cryptocurrency survey firm across 22 nations, Dogecoin’s (DOGE) acceptance rate in the United States has surpassed that of Bitcoin and Ether—to the point where it is almost twice as high as the worldwide average. 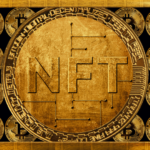