Sunny Leone’s First Collectable Artwork, ‘MISFITZ,’ Will Be Released as an NFT International celebrities such as Ellen DeGeneres, Paris Hilton, and Lindsay Lohan have previously invested in NFT as crypto currency has become a global craze, and Sunny’s minting has undoubtedly wowed Indian crypto aficionados.

Sunny Leone, who follows in the footsteps of megastars Amitabh Bachchan and Rajinikanth, entered the NFT (non-fungible token) field after making a statement to do so. Sunny has now moved on to minting her NFTs, which she has done in a hurry. Minting is the process through which digital art is added to the Ethereum blockchain, which is an immutable and tamper-proof public record. International celebrities such as Ellen DeGeneres, Paris Hilton, and Lindsay Lohan have previously invested in NFT as crypto currency has become a global craze, and Sunny’s minting has undoubtedly wowed Indian crypto aficionados.

On Twitter, the actress unveiled her first collectable, writing, “MEET the MISFTIZ! This is HONEY, misfitz! Pink is her favourite colour… Then he eats the tattooed lads for lunch. This is the moment the entire world has been waiting for!!! Collectibles using the hashtag #SUNNYLEONENFT. Visit http://Sunnyleonenft.com (sp.) to see them all.”

When she announced her partnership with NFT two months ago, she was the first among Indian stars to safeguard their digital assets. She was the first Indian actress to release her own NFTs as a result of this.

Sunny, who is ecstatic about the collectible, adds, “This was a private auction and it sold out instantly.” I’m ecstatic with the buzz surrounding my collection and the community’s support. Because I am a misfit in many respects, there was nothing more suitable than this collection.”

“I truly feel crypto is the future of the world, and NFTs allow me the option to express myself via art,” the actress remarked when asked about her thoughts on crypto. Now we’re really looking forward to the public auction, which will begin in a few days.”

On the other side, Amitabh Bachchan, a.k.a Big B, was one of the first Indian stars to join the NFT. The NFTs dedicated to Amitabh Bachchan will feature artworks such as verses from his father Harivansh Rai Bachchan’s legendary work Madhushala narrated by the megastar, backstories about Big B’s works, signed posters from his films, and a few other rare elements from his life converted into digital artwork. Not only that, but the company that is hosting the auction is also looking for additional Bachchan-related NFTs.

Rishabh Pant, the captain of the Delhi Capitals, has also joined the NFT bandwagon with the cricket NFT platform Rario. Rario, the world’s first fully licenced cricket digital collectables marketplace, allowing fans to buy and exchange NFTs of their favourite cricketers and international leagues, according to Live Mint. Rario will be able to produce special digital souvenirs of Pant’s famous moments on and off the field as a result of their partnership. 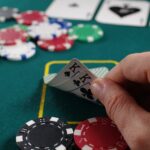 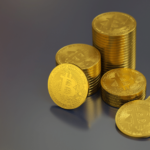