The first drop, on December 27, featured 6,865 unique generative art works based on characters that sold out in 51 seconds, followed by a second drop on December 28 with 5,400 NFT comics that sold out even faster in 49 seconds, making them two of the fastest NFT drop sellouts in history.

The hashtag #StanLeeNFT trended at number three on Twitter in India on December 28, the occasion of Stan Lee’s 99th birthday.

The dip has been dubbed the most successful US-India NFT transaction in history by market observers.

“This is a proud moment for us. Our first international NFT drop based on Indian culture received a resounding sell-out in the auctions. We are thrilled to see such an overwhelming response to our exclusive global NFT and this success is validation of Stan Lee’s unconditional fan following in India and globally,” said Kameshwaran Elangovan, co-founder and COO, GuardianLink.

Stan Lee stated in 2012 that he had always been fascinated by Indian culture. “It’s so philosophical and rich in tradition and morality. I’ve written countless superheroes of every nationality and every part of the world before, I’ve even created many heroes from other planets and galaxies, but Chakra The Invincible is the first superhero I am creating specifically for the Indian market. My goal with Chakra is simple—I want to bring an Eastern concept like the chakras to the world via the Western genre of superheroes. ” Lee died in 2018.

Lee is the writer and co-creator of the world’s most renowned superheroes, including Spider-Man, X-Men, Fantastic Four, Iron Man, Hulk, and The Avengers. He is widely recognised as one of the greatest creators of popular, mass-consumed art in the twentieth and twenty-first centuries. His characters have amassed nearly $32 billion in global box office receipts and helped to construct some of history’s most beloved storylines.

“We are thrilled with the response from fans around the world. In teaming up with Graphic India, POW and GuardianLink.io, we’ve been able to take this amazing franchise and bring Hollywood and Bollywood together into the metaverse, ” said Dave Broome, co-founder and CEO, Orange Comet.

Orange Comet was in charge of the drop’s creative production, working closely with Jeevan J Kang, the original ‘Chakra The Invincible’ graphic novel artist and character designer, to produce new generative art works based on the comic characters. 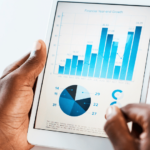 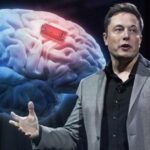