With the latest investment of $360 million from private equity company TPG Capital Asia, Fractal, a US-based artificial intelligence firm, becomes the second unicorn in 2022. By the first quarter of 2022, the funding will be exhausted.

According to industry sources, the company’s valuation has surpassed $1 billion as a result of the current investment. In 2022, Mamaearth, valued at $1.2 billion, became the first unicorn.

This is the second pure-play analytics startup in India to achieve unicorn status, following Mu Sigma. This is particularly at a time when the analytics space is attracting a lot of attention from investors. For example, LatentView Analytics, situated in Chennai, received a massive response when it went public last year.

According to the company, the transaction includes a combination of primary investment and secondary share purchase from Funds advised by Apax, who will remain a key stakeholder after the transaction. In 2019, Apax purchased a $200 million interest in Fractal. According to a Bloomberg article, this investment comes at a time when the company is considering an IPO.

Fractal was formed in Mumbai in 2000 and moved to the United States in 2005 by a group of five persons, including group CEO Srikanth Velamakanni and CEO Pranay Agrawal. It has 3,500 employees in 16 countries, including the United States, the United Kingdom, Ukraine, India, Singapore, and Australia. Qure.ai is one of Fractal’s technologies that helps radiologists make better diagnostic decisions.

“The demand for AI is increasing across the workplace,” stated Pranay Agrawal, Co-founder and CEO of Fractal. Our AI solutions and technologies, as well as our internationally recognised team of specialists, enable these companies to reach their full potential. The investment from TPG will expedite our capacity to scale and satisfy this rising demand globally as we continue to build on this basis.”

“TPG’s capabilities across all of our markets, as well as their proven success in building and supporting top AI providers, is the perfect complement to the partnership we’ve enjoyed with Apax, whose insight and expertise have been instrumental in accelerating our growth,” said Srikanth Velamakanni, Co-founder and Group CEO of Fractal, in a statement. 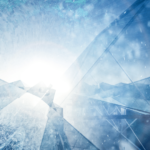 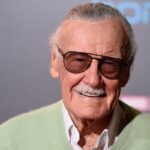