You can now join in the War for Wakanda after the Marvel’s Avengers: Black Panther release date has been announced.

As Marvel’s Avengers’ eighth playable character, T’Challa has been added to the game in a free update on August 17. You can watch (and rewatch) this trailer for more early peeks at how Black Panther will play, but until then you can look for more information in a live Avengers War Table event on August 16.

In addition to that, we know the expansion will introduce a new Wakandan jungle area to explore and embark upon missions in, as well as a new outpost: The Golden City, which contains the Grand Wakandan War Room and Shuri’s lab from the films.

Two new villains will be added in this expansion, including T’Challa’s archenemy Klaw, and new classes of enemies will be introduced. Several new missions will take you to Drop Zones and Threat Sectors to overcome challenges and collect loot, while the Birnin Zana outpost will challenge you between explorations.

Be ready for “Wakanda Forever”

The new cinematic trailer introduces Black Panther – but his face cannot be clearly seen until he puts on his Black Panther mask. In order to get his hands on the valuable metal, Klaw has infiltrated Wakanda and is trying to gain access to it for his own purposes.

War For Wakanda is scheduled for release this August, according to its trailer page. As with all existing Marvel’s Avengers titles, the Black Panther expansion will be free for existing PC, PS5, PS4 and Xbox One players. Chadwick Boseman, the actor who played the superhero in the Marvel film, passed away suddenly, which delayed the release of the expansion. 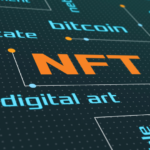 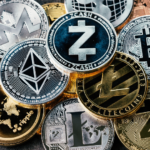