Similar issues faced Ashok Jadhav from Chinchner village in Satara, Maharashtra. In 1999, after retiring from a private company as a machinist, he began farming on his ancestral land of 2 acres. “Other vegetables I grow include soybeans, turmeric, sugarcane, tomato, and soybeans. I switched to organic farming, which led to weed problems.”

Organic farming involves the use of natural fertilisers, which causes unwanted weeds to grow, says the 71-year-old. The weeds deplete the soil of nutrients, which is bad for the plants.

Ashok began using weedicide on the farm to solve this problem. “Though it was an effective solution, the chemicals defeated the purpose of growing food organically. Moreover, it started deteriorating the soil quality. We needed a healthier solution for the soil,” he says, adding that he began hiring labour for the task.

“However, labour costs were high, and I could not afford to spend Rs 20,000 on labourers that I occasionally needed,” he explains.

Just Rs 400 to fix the problem

Ashok recalls that it was then that he started thinking of innovative ideas for solving the problem. “I reached out to agriculture experts from the government department and created a bicycle weeder that would cut the weeds along the side of the crops. The wheels had blades attached to them, which removed the weeds. But it did not remove the weeds growing between the crops,” he adds.

In search of an affordable alternative, he visited agricultural exhibitions to identify tools or equipment. He was not successful.

“In 2018, I decided to experiment with a makeshift solution. I took two iron rods, bent them at each of their ends and attached a thin metal wire of 8-10 inches in between, joining the two rods with a metal pipe as a handle,” Ashok says. Weeds must be pulled out manually with the device, and metal wires are used to cut them by the roots.

The tool worked and made it accessible to remove the weeds in congested crops and minor gaps. However, the metal wire broke due to the tension of the weeds or because of its thick stems. “At times, the wire lost the tension between the metal rods and hurt the hand and shoulders,” he says.

Multiple changes were made to Ashok’s device in the next two years. “I improved the angle to bend the iron rods, and fitted a metal piece to support the cutting wires. I learned that a 7-inch metal wire served the best in terms of efficiency and performance. The thin metal wires were replaced with used cable wires from two-wheeler brakes,” he says, adding that his previous experience of working as a machinist came in handy during the process.

The tool’s metal handle was replaced by bamboo to make it lighter. “It helped to overcome the shortcomings to a huge extent. Earlier, it required 10 labourers to work the entire day on one-acre of land, which cost Rs 3,000 per day. But now the same work can be done by a single person in two days for around Rs 300,” he says.

According to Ashok, the device is low maintenance and has no moving parts.

He received dozens of inquiries from farmers after sharing the pictures and video of the device on social media. “I made about 400 devices and gave them to farmers in neighbouring areas. As more orders poured in, I collaborated with a local workshop and started selling them for Rs 400 a piece, earning minimal profits,” he says.

Satish Munje, a Satara-based farmer, says he has saved a lot of money on labour costs since purchasing the device. “I used to spend Rs 40,000 alone on labourers to remove weeds on my 2.5-acre farm. However, my costs have come down significantly with this device. I now spend Rs 5,000 on one labourer who gets the job done,” he says.

According to Ashok, around 5,000 devices have been sold so far. “I get queries from across the state, including Aurangabad, Kolhapur, Pandharpur, Yavatmal and others. Recently, I received an order from Punjab, Karnataka and Madhya Pradesh,” he adds.

In addition to building the device, Ashok aims to develop other innovative approaches to farming.

“I am glad that my makeshift arrangement is helping thousands of farmers save money, time and effort to solve such a frequent problem in the farming community,” he says. 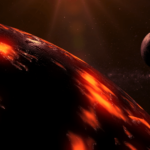 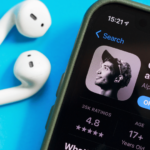