The prehistoric world wasn’t without sickness, but detecting old illnesses can be difficult because germs don’t normally fossilise well. Researchers have now discovered evidence of what looks to be the oldest known dinosaur respiratory illness.

Cary Woodruff and colleagues write in Scientific Reports on February 10 that lesions identified in the vertebrae of a 150-million-year-old juvenile sauropod named “Dolly” allude to a lung infection that spread to her bones. That’s at least 50 million years older than the previously known respiratory illness in a Brazilian titanosaur.

Dolly, a long-necked dinosaur, was most likely Diplodocus’s cousin. She was roughly 18 metres long and less than 20 years old when she died in what is now southern Montana, according to Woodruff.

The dinosaur’s skull and the first seven neck vertebrae, which had air sacs connected to the lungs and other aspects of the respiratory system, were among the fossils examined by the scientists. Many of today’s birds, who are modern-day dinosaurs, contain comparable traits in their bones.

The investigators discovered bone lesions on the fifth through seventh vertebrae, where the air sacs would have intruded into the bone. According to Woodruff of the Great Plains Dinosaur Museum in Malta, Mont., the irregularly shaped and textured lumps protrude from the bone as much as 1 centimetre.

Bone tumours are unlikely to be the cause of so many lesions appearing in comparable locations, as Woodruff points out. According to the researchers, the lesions developed in response to a respiratory illness that migrated to distant air sacs.

Though Dolly’s bone lesions would not have been visible to an ancient spectator, the scientists believe she suffered a fever, cough, hard breathing, and nasal discharge.

It’s unclear whether Dolly’s death was caused by a bacterial, viral, or fungal infection. However, many birds and reptiles nowadays can contract a respiratory illness caused by the fungus Aspergillus, which can lead to bone diseases, according to the study.

“You’re looking at a chronic problem” if an infection in the air sacs of the neck vertebrae causes bone lesions, says Cynthia Faux, a veterinarian at the University of Arizona in Tucson with a degree in vertebrate palaeontology who was not involved in the work.

Arthritis and gout, as well as other infections, have already been reported in dinosaurs and other ancient species (SN: 12/11/01). While Dolly’s respiratory infection appears to be the oldest known for a dinosaur, it is far from the oldest. In 2018, researchers discovered a tuberculosis-like illness in a 245 million-year-old marine reptile. 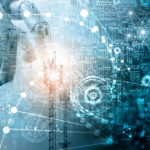 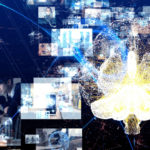