A lot of people are talking about cryptocurrency today. Among the popular meme-based cryptocurrencies, Dogecoin has been imitated and competed with a lot. A virtual cryptocurrency called Doge Killer was trading for almost $8,000 at one point this year (roughly Rs. 5.89 lakhs), substantially higher than Dogecoin. While the real Dogecoin has had limited success in recent months, yet another coin called Nano Dogecoin has boomed in value within 24 hours. In the span of 24 hours, Nano Dogecoin rose more than 5,000 percent in value, a stunning rise for a cryptocurrency that’s relatively unknown.

According to Nano Dogecoin’s Twitter account, it was the top gainer on CoinMarketCap earlier this week, a website that tracks cryptocurrency movements. The tweet shared a screenshot that showed that Nano Dogecoin has gained 5,337 percent within a day.

@NanoDogecoinBSC is the number 1 top gainer in the last 24 hours on @CoinMarketCap ????

We continue to pump and we have just announced that our buybacks will be this Thursday between 2-5pm UTC ????

A Binance Smart Chain coin based on Dogecoin, Nano Dogecoin tries to position itself as Dogecoin’s heir. According to its description, this coin will focus on the community. Nano Dogecoin aims to change animal welfare across the globe while having fun while doing so. The company says investors should be involved in decision-making throughout the term of the token.

Since being endorsed by Tesla and SpaceX CEO Elon Musk and rising sharply in the past, Dogecoin’s price has stagnated. In India, Dogecoin price stood at Rs. 17.80 (as of 1:22pm IST on September 23). 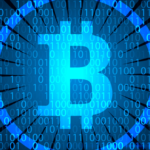 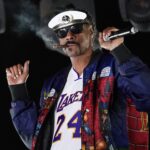