“I don’t want to be a one-wonder, that Weird Whales kid”

You won’t believe what Benyamin Ahmad is capable of! Having earned over 400,000 dollars owing to his popular NFT (non-fungible tokens) collection, namely Weird Whales, the 12-year-old British-Pakistani tech genius is already a millionaire. However, this isn’t the end of the story.

We take a deep dive into the lives of Imran Ahmad, a child prodigy who is well on his way to becoming a pioneering proof that in the future people may not actually need bank accounts to stay alive, thriving and financially connected.

Imran Ahmad unknowingly contributed to his son’s interest in technology by fervently getting involved in computers whilst growing up in the early 90s. He said, “When I was 12 years old, my father bought a Commodore 64. It was accompanied by a manual which had a lot of computer programs written at the back. Fascinated as I was, I used to type them all out and watch them play out like little animations. But still, I had no idea about whether I wanted to study computers, but I was advised by one of my teachers to study computers when I was 18. And here I am, 30-35 years later, passionate about coding, working at the London Stock Exchange.”

Imran first noticed Benjamin’s inclination when he was six years old, he said, “When I used to come home and work on my laptop, they would come and look at what I was doing.”. In this way, I presented Benyamin and Yousuf (his son) with a new laptop, discovered that they were extremely interested and receptive to it. While it was fun in the beginning, my structure and formalization gradually took over, and they now code every single day even on holidays.”

He stressed that consistency is of utmost importance when learning coding, rather than practicing it for a short period of time every day. “Even if you code 20-30 minutes a day, it’s okay as long as you’re consistent”.

Benyamin started coding at the age of five, starting with simple CSS and Javascripts, then enrolling in a free online coding course and getting deeper into the technology world. Open-source and collaborative online learning constitute a large part of his learnings and education. The sources and developers were of great help to Benjamin.

“Open source is highly critical to everything, especially in the context of what’s going on cryptocurrencies and blockchain, because without this, such volumes of innovation would not have come together for the collective benefit. These days, there are a lot of discord channels where you can learn all about NFT projects, speak to developers and collectors, along with engaging in various project recruitment opportunities where you can collaborate with people and learn along the way”.

Weird Whales are unknown to many .

Most people do not realize that Benyamin’s second project is the now-famous Weird Whale. In his first NFT project, Minecraft Yee Haa, he created 40 small Minecrafters all with a unique attribute, but he stopped when he realized it was impossible to create more.

“I feel that gamers understand the world of NFTs in a much better way as compared to others. But with my first collection, since I did not focus much on marketing and giveaways, I did not sell any. So, I did some research about the generative space in the NFT scene and through Discord, was ultimately introduced to how NFT image generation worked by matching different traits and making composite layers. A fellow developer also very kindly shared an annotated, open-source Python scrip,” Benyamin explained.

As soon as he deployed the script, it simply took a two-hour walk, after which they returned to unique images that were neatly displayed on their screen, each with their own distinctive characteristics. “It was so amazing and exciting to see the waves and whales hatching on the screen”, he remembers.

It culminates with Weird Whales, which are based on the Bitcoin whale (individuals/entities who hold large amounts of bitcoins) and consist of 3350 unique digital collectible whales. All the traits and base layers were designed with pixel art.

Says Benyamin, “At present, my parents pay for my expenses, so I don’t need to touch my money. In fact, I might be early proof that no one needs a bank account, but just a wallet to make money and stay connected to millions of users. This is the future”.

The infrastructure entrepreneur sees three kinds of NFTs in the future: Crypto-Punks leading the cryptocurrency revolution, billion-dollar giants emerging from iconic, legendary games and characters. The third category in his view is one where there is much opportunity and growth potential, which are the NFTs that are cost-effective and promise utility.

In collaboration with a Marvel designer, the prodigy will create a collection of superheroes with unique traits. A company called Work in Fintech also uses podcasts, school interactions, and more as means of educating people about finance technology and cryptocurrency.

The Indian crypto-revolution is inevitable

Imran believes that despite that pushback and reservations against cryptocurrencies, India is one of the top countries that can capitalize on these new technologies largely due to its already developed strong organic base, inherent entrepreneurial spirit and a substantial number of unbanked people.

Distinguishing NFTs from cryptocurrency is at large, an issue not unique to India, but even abroad. “Many people I work with have zero understanding of NFTs. The reason is that there are no tangible results to show when it comes to these projects around NFTs. So one project needs to be successful and prove that this model works and then other people will start to understand it a little bit better. So it’s still very, very early”, he mentions.

“Most of this technology is mind-bending. To imagine that in a country like India, the future would not be in hoarding gold, with which there is 5,000-year-old history, but in bitcoin, with its fixed issue ceiling and lightning-fast transfer speed, is insane. But reaching there would take education, awareness, and a lot of time. And even though the Indian space is pretty erratic right now, there is no other country in the world that is as poised to benefit from this technological revolution as India is, and this majorly depends on how legislators incorporate this idea in the times to come”, said Imran. 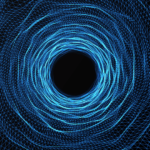 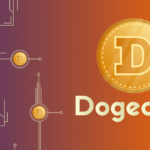