The Silicon Valley has been the center of technology in the United States for a while now. However, India has begun to rise in that industry. The economy of India is booming and its focus on emerging technology is attracting major global companies. Now, many companies are turning to the country to see what opportunities it has to offer. Some of the world’s leading companies have already begun to move their operations to India and it is only going to get bigger from here.

With the Indian economy expanding at a fast pace, more and more companies are looking for outsourcing services in India. India has long branded itself as the world’s leading outsourcing destination for global companies, particularly for those in the technology sector. There are more than 10 million IT and ITES professionals in India. The sector contributes 12% of the country’s GDP and 25% of its exports. As global IT and ITES companies look to tap into this potential, they will no doubt benefit from a rich supply of highly skilled professionals in India.

As one of the top outsourcing destinations and a leading incubator for startups, India has already begun to make a powerful impact. Startups like Flipkart, Ola and Zomato have already been such massive successes they are posing a serious threat to all the hubs on the list.

Almost one-third of India’s startup companies are valued over $1 billion. Did you know 26 of them are in India?

Besides this, India has a demographic that is favorable to digital entrepreneurship. Its population has a population of 63 percent under the age of 35 and half under 25.

India’s costs are among the lowest of the top 3 in terms of cost-effectiveness, with development costs being approximately 30-40% lower than those of the US and other countries. Reports show that American companies occupy 45% of office space in India as they continue to expand their operations there.

Having a large pool of talented individuals

An estimated 10391 engineering colleges in India are accredited by the AICTE that produce qualified graduates in Information Technology (IT) and related fields. India strives to increase the number of accredited colleges so that it can become a global powerhouse.

In addition to being a major English-speaking country, there is another critical factor for India’s attractiveness.Infrastructure All major cities have developed world-class infrastructure, allowing for greater connectivity between clients and services.

Young middle-class consumers have shown interest in digital innovation, proving to be an appealing source of talent from a business perspective. If India continues to develop its urban centers, the country will soon be poised to become a global tech hub.

Among its goals is to empower society with digital technology and double the size of the digital economy in India. Digital India promises countless growth opportunities for budding entrepreneurs. It has single-handedly transformed Indian entrepreneurship.

Increasing numbers of entrepreneurs are building innovative solutions for a domestic and international audience. Digitization makes it very easy to start a business. Benefits like self-certification and online registration make business start-up a hassle-free process.

Various Indian brands have already created global footprints by creating products and services that are popular throughout the world. Whether you plan to hire mobile app developers or web developers, India should be the first choice as their program serves as an excellent platform.

The Indian software industry demonstrates how economic liberalization and entrepreneurial spirit can result in an industry contributing 8% to the GDP.

India’s IT industry has nonetheless managed to generate revenue of US$177 billion and more than US $135 billion in 2018-2019, despite thousands of IT services companies being set up over the last 30 years.

Another indication that Indian IT services are growing dramatically is that some of the largest Indian companies are valued at over US$100 billion with revenues of over US$29 billion.

During the past few years, the Indian IT industry has developed beyond just hiring developers for cost-effective solutions. It now also focuses on digital transformation agendas in global companies.

Indian IT has tremendous potential and for this reason, many technology giants have established their own IT or R&D centers to benefit from the vibrant Indian software ecosystem.

A majority of unicorns live in India with the rest coming by the end of 2020. The current wave is focused on platforms, products, and services.

The Indian government is playing an important role in boosting the IT industry. The World Economic Forum reports that 83% of Indian executives favor the IT outsourcing industry.

Startup India Scheme launched in 2016 was meant to support startups and entrepreneurs as well as create a robust startup environment. The government came up with a program called Make in India that aims to promote self-reliance and foster creativity, as well as build best-in-class manufacturing infrastructure.

In addition, the government has created several entrepreneurship schemes related to technology that aim to boost startup growth. 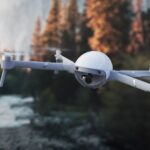 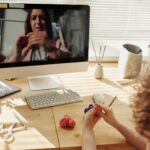