Gary Vee is a world-renowned entrepreneur who has amassed an impressive social media following with over 2.6 million followers on Facebook and 1.5 million on Instagram. In a recent announcement, he announced his plans to launch his own NFT that will feature investment opportunities for investors in the form of a digital token. The platform, according to Gary Vee, will include the world’s first version of ICO on the blockchain.

In the cryptocurrency world, NFTs refer to digital assets that represent real-world objects, such as art, music, and in-game items. Forbes’ Robyn Conti described them best: “digital tokens that can be used to purchase virtual goods.”

The prices of NFTs are getting close to those of real-world pieces of art – sort of. For example, Jack Dorsey’s first tweet was sold as an NFT for $2.9 million.

A piece of NFT art sold by Christie’s at auction for $69 million dollars has all the potential of a rare work of non-digital artwork.

Vaynerchuk posted a handy guide to help people get ready for his NFT launch. Users can purchase NFTs with Ethereum (ETH) tokens which might be more realistic than dollars and Euros, because of their crypto-currency nature.

5 Cool things you’ll find on it!

Nameless, a minting platform developed by nft42 in collaboration with Gary Vaynerchuk, developed VeeFriends and handled all technology management for the project.

Since their first meeting in 2016, GaryVee and Richie Souf have been looking for a project to work on together. The VeeFriends videos feature music created by Richie Souf. This is the first release of its kind.

VeeFriends pledges donations from token royalties to various charities Gary supports. In addition, Gary has created five free scholarships for VeeFriends so they can benefit from Gary’s professional network.

They are making contributions to decentralized autonomous organizations (DAOs) so as to support renewable energy (solar, wind, etc), carbon offsets, and development of ETH 2.0 Proof of Stake (PoS), which is more energy-efficient.

“I have always been about building businesses and creating value for my community – this NFT project allows me to do both. When I saw this macro human trend the only way for me to help others understand it was to be a part of it. I know that NFTs will be here for the rest of my life and I will be actively consulting, investing and advising in this space and I wanted to do it from actually being on the field – doing it myself.” I have always believed in being a practitioner of the craft I believe in.” 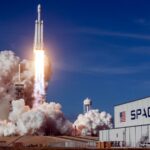