Animated films have always played a role in our society. They can be a reflection of what is happening in our society, providing insight and informing us on what is going on. In this blog, I focus on the idea of technology becoming more prevalent in our society and how the society is changing because of it.

Imagine yourself in a futuristic world, where robots have taken over and your job is one of them. The first movie I would like to show you is a film called Mitchells vs the Machines. It is about a simple man named Mitchell who does the job of a robot. It is beautifully animated and it talks about the dangers of technology in the wrong hands.

The Mitchells vs. the Machines serves as the perfect example of an animated film reflecting the aesthetics of our culture back at us. For every Ralph Breaks the Internet, we usually get several Emoji Movie-style disasters. And that’s what makes it so impressive. The result is an instagram-friendly canvas filled with emojis and memes and GIFs and freeze-frames and flying texts, so many that it’s hard to keep track of the story to get through it at all.

Even its chaotic nature seems part of a grand design, since the emotional patterns are so clear. It makes sense that even the plot was derived from other popular films given the spoofy nature of the whole enterprise.

Katie (voiced by Abbi Jacobson) is a college-bound movie nerd who loves making funny videos featuring her dinosaur-obsessed brother Aaron (voiced by director and co-writer Michael Rianda) and their adorable dog Monchi. Linda (Maya Rudolph) and Rick (Danny McBride) just do not get their daughter. On the eve of Katie’s leaving for college, Rick throws away Katie’s plane ticket and organizes a cross-country road trip! Katie is mortified.

PAL (the name of its ubiquitous, artificially intelligent digital assistant, voiced by Olivia Colman) is also announcing the debut of Mark Bowman’s latest creation: a companion robot that will cook, clean, and do just about anything you want.

The plot is broken down into small segments and conveyed as realistically as possible, including robots taking over the world and encasing everyone in individualized, Wi-Fi-enabled pods that the now-rogue PAL will use to launch us all into space forever. In Little Miss Sunshine meets I, Robot meets The Host meets Zombieland meets Wall-E and Kill Bill meets all the other movies, the Mitchells end up being the only family that doesn’t get harvested by killer robots, and it falls to them to save civilization.

This metaphorically describes the Beast by commandeering the language of the beast. In The Mitchells vs. the Machines, which premieres today on Netflix, we are shown how technology can often reveal our true feelings.

In the beginning of the movie, when Katie tells us that she has “always felt a little different,” hand-drawn rainbows flash behind her. Obviously this is a warning against putting all our emotional lives into objects around us, be they real or virtual.It’s time to face off against carnivorous dryers, angry microwaves, fiery blenders, and other wired, PAL-enabled household items as the Mitchells face off against the unstoppable force of the smart home.

Despite everything that accompanies the film, if it were just another scolding film about screen time or Facebook or whatever, it would amount to nothing. Underneath it all, the film has affection for its attention-deficit universe.

Yes, this is indeed a world of artifice in which we store our hopes and dreams, fears, and resentments in digital bits, unable to express these to the people around us. The movie elevates creativity, from a handcarved ornament to a YouTube video, while also taking an outspoken position on expressing oneself in less than efficient ways (as could, eventually, we all). Invoking a stylized lunacy yet still embracing its beauty, The Mitchells vs the Machines feels a bit like a takedown at the same time as a celebration of our dissonant, tech-obsessed society. It gets us. 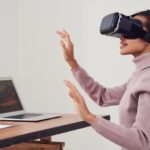 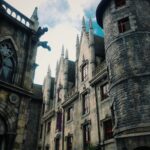