Despite the fact that artificial intelligence is not yet the dominant force in healthcare, recent studies have shed light on its impressive capabilities. An AI-driven method has been developed at Kaunas University in Lithuania to predict the onset of Alzheimer’s disease.

Alzheimer’s disease is the most common cause of dementia in the world, contributing to 70% of dementia cases, according to the World Health Organization (WHO).

With an aging population rising across societies, Alzheimer’s is expected to affect an additional 24 million people over the next two decades. In most cases, mild cognitive impairment (MCI) is the earliest dementia symptom associated with Alzheimer’s.

When it comes to Alzheimer’s diagnosis, how will AI help?

138 out of 138 participants were able to be detected with over 99 percent accuracy using a deep-learning AI model for detecting Alzheimer’s onset. To calculate the AI algorithm, 51,443 and 27,310 images were fed to the algorithm from The Alzheimer’s Disease Neuroimaging Initiative.

A software based on the algorithm could aid in the early detection of diseases, especially among those who do not show symptoms. It is the hope of the chief researcher of the study to expand the AI model into a more complex entity so that more symptoms can be registered.

For this, they plan to include other indicators of health, such as eye movement analysis, facial reading, and analysis of voice. Health care, police work, and maintaining data are all seeing great advancements thanks to artificial intelligence. 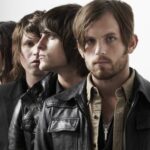 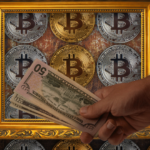