Using an Artificial Intelligence-based algorithm, a group of Indian astronomers discovered a few planets with similar features to Earth. Astronomers have developed a novel method for detecting potentially habitable planets with a high likelihood, using Earth as an outlier among thousands of planets that do not support life.

The Multi-Stage Memetic Binary Tree Anomaly Identifier, an AI-based approach, is based on the concept of a meme, which is an idea or knowledge that is passed down from one person to the next through imitation. Memes, according to scientists, suggest cross-cultural evolution in the future and, as a result, can trigger new learning mechanisms as generations pass.

Based on the theory that Earth is an anomaly, with the possibility of the existence of a few other anomalies among thousands of potential candidates, astronomers from the Indian Institute of Astrophysics, along with astronomers from BITS Pilani and Goa campus, developed an anomaly detection method to identify potentially habitable planets.

“The fact that Earth is the only habitable planet amid thousands of others is considered an anomaly.” “We wanted to see if we could find similar’anomaly candidates’ using novel anomaly detection technologies,” they stated in a statement. According to the study, out of around 5000 confirmed planets, there are 60 potentially habitable planets and nearly 8000 candidate planets. These planets could be considered exceptional cases among a large number of ‘non-habitable’ exoplanets.

The team notes that the concept of anomaly detection from industrial applications translates equally well to habitable planet finding because the anomaly detector is working with “imbalanced” data in both scenarios. The team created a new Artificial Intelligence-based method to detect anomalies under the guidance of Prof. Snehanshu Saha of BITS Pilani Goa Campus and Dr. Margarita Safonova of the Indian Institute of Astrophysics (IIA).

The study used the proposed technique to identify a few planets with abnormal traits comparable to Earth, and the results are reasonably excellent, confirming what astronomers assume.

According to a statement from the Ministry of Science and Technology, while this method did not employ surface temperature as a feature, it produced identical results in terms of abnormal candidate detection as when it did. This will make future exoplanet research much easier. 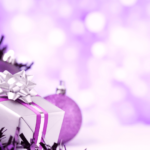 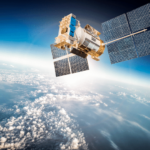