A group of Indian astronomers has identified a dim yet star-forming galaxy lying in front of a larger, brighter galaxy that had previously gone undiscovered. The galaxy, which has a ghostly look, contains traces of stars still developing within it and is only 136 million light-years away from us.

A team of researchers from the Indian Institute of Astrophysics in Bengaluru, together with foreign partners, discovered the galaxy while analysing NGC6902A, a known interacting galaxy. The first signs of the hidden galaxy emerged when astronomers spotted diffuse blue emission in the colour picture of the galaxy NGC 6902A’s southwest outer area in the.

These emissions came from newborn stars of class O and B, the galaxy’s most massive and also the shortest-lived stars. The researchers were prompted by the unusual feature to look into it further in order to figure out what was causing the interaction.

The galaxy is distinguished by its low surface brightness, which is at least ten times that of the surrounding night sky, making it difficult to see previously. However, when optical telescopes develop more powerful, they will be able to detect the feeble luminosity emitted by these galaxies. According to the researchers, such faint galaxies could account for up to 15% of the universe’s mass.

Using emission lines in the spectra, researchers calculated the distance of NGC6902A, a previously known galaxy, as well as the faint star-forming regions. They discovered that these star-forming regions are around 136 million light-years away, whereas NGC 6902A is about 825 million light-years away. This indicates that the diffuse blue radiation was emitted by a nearby galaxy.

Jyoti Yadav, Mousumi Das, and Sudhanshu Barway from India, as well as Francoise Combes of the College de France, led the study. According to researchers, the material we see around us is known as baryonic matter. According to cosmological studies, baryonic matter should account for 5% of the Universe’s mass.

Unknown forms, like as dark matter and dark energy, should contribute the remaining mass. We still don’t know where all the baryons are; we don’t know where 5% of the baryonic substance in the Universe is located. These dim galaxies may serve as a connection in the search for the universe’s missing baryons. 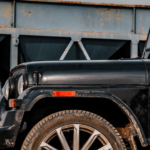 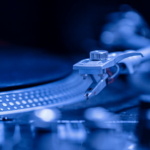