The United Kingdom revealed plans to invest $1.9 billion on low Earth orbit satellites and other technology over the next decade in a new military space strategy released Feb. 1.

Defense Secretary Ben Wallace said, “This considerable investment will help to guarantee that the United Kingdom remains at the forefront of space innovation and one step ahead of our competitors.”

The new space strategy highlights the significance of the UK’s private space industry in developing military capabilities and supporting economic growth, as well as the threat of anti-satellite missiles.

Minister for Defense Procurement Jeremy Quin said the majority of the new cash will go toward a worldwide array of low-Earth-orbit satellites that will offer monitoring and intelligence for military operations. Istari is a programme that will fund new laser communications technology for high-speed data transmission from space to Earth.

The U.K. Space Command will test a network of satellites named Minerva that can independently collect, process, and disseminate data from U.K. and allied satellites to support military operations, according to Quin.

Quin predicted that “Istari and Minerva will be the building blocks” of future military space architecture.

“We’ll start with a modest number of satellites, and we’ll learn how to govern a formation of satellites by bringing together packs of satellites that can function together,” he said. Small satellite experiments will be launched by UK military labs to test novel designs and concepts such as software-defined spacecraft.

Air Chief Marshal Sir Mike Wigston, the Chief of the Air Staff, said the plan reflects the reality that “nefarious, dangerous actions” are being carried out in space, and that the United Kingdom wants to be at the forefront of ensuring space is accessible for everyone’s use. He explained, “This isn’t about weaponizing space; it’s about preserving our interests.” The strategy’s unveiling, according to Air Vice-Marshal Harv Smyth, head of space at the Ministry of Defense, “unlocks our capacity to talk to our partners and outlines our goals.”

According to Smyth, the Ministry of Defense spent months evaluating the “threat picture.” “We’re preparing for the worse while praying for the best,” said the group. “We need to deepen our ability to undertake space domain analysis, and understand what’s there, what’s it doing, and, more significantly, what’s the intent?” says one of the study’ findings.

The new plan, according to Natalie Moore, the MoD’s head of space policy, “sends a strong statement internationally” about the UK’s role and commitment to security. The approach “exploits synergies between civic and military space,” she said.

The U.K. Space Command will conduct an industry day on March 30 to discuss prospects for collaboration with the commercial sector, according to Air Vice-Marshal Paul Godfrey, the command’s commander.

Responsive launch, a notion that the US Space Force is testing, is one of the areas of interest to space authorities. “Last week, we were in the United States talking about responsive launch,” Godfrey remarked. 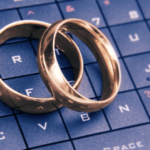 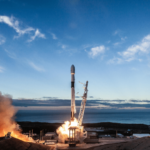