A enormous sea dragon has been unearthed in the UK by palaeontologists, making it one of the most significant discoveries of the twenty-first century. It’s the largest and most complete ichthyosaur skeleton ever discovered in the UK, and it’s thought to be the first of its kind.

During the normal draining of a lagoon island for re-landscaping in February of last year, Joe Davis, Rutland Water Conservation Team Leader, discovered the bones.

Joe Davis and Reserves Officer Paul Trevor were walking across the lagoon when Joe observed what seemed to be clay pipes poking out out of the muck, according to the Leicestershire and Rutland Wildlife Trust.

“They looked organic. I worked out on the Hebrides, so I’ve found whale and dolphin skeletons before. This appeared similar and I remarked to Paul that they looked like vertebrae. We followed what indisputably looked like a spine and Paul discovered something further along that could have been a jawbone. We couldn’t quite believe it,” Joe Davis said.

Paleontologists have termed the skeleton, which is at least 180 million years old and measures over 10 metres in length with a one-ton cranium, the most complete big ichthyosaur yet discovered in Britain.

Ichthyosaurs originally appeared 250 million years ago and died out 90 million years later. These amazing marine reptiles ranged in size from 1 to more than 25 metres in length and had a body shape that was similar to that of dolphins. They are known as sea dragons because of their huge fangs and eyes.

Two partial and much smaller ichthyosaurs were discovered during the initial building of Rutland Water in the 1970s, thus this isn’t the first time ichthyosaurs have been discovered at the Anglian Water reservoir. It is, however, the site’s first entire skeleton discovery. Joe Davis, who described the discovery as a “career highlight,” added that it’s wonderful to learn so much from it and to imagine that this incredible creature once swam in the oceans above us.

A team of specialist palaeontologists recruited from throughout the UK uncovered the bones in August and September. “It was a privilege to be in charge of the excavation.” Ichthyosaurs were born in Britain, and their fossils have been discovered here for almost 200 years, with the first scientific finds dating back to Mary Anning’s discovery along the Jurassic Coast. Despite the fact that there are many ichthyosaur fossils in Britain, the Rutland ichthyosaur is the largest skeleton ever discovered in the UK,” said Dr Dean Lomax, the excavation’s lead palaeontologist. 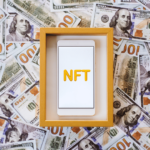