On March 11, the Webb team completed “fine phasing,” a crucial step in aligning the telescope. According to NASA, the team discovered no serious difficulties with Webb’s optical path, as well as no observable contamination or blockages, and that the telescope’s optical characteristics are working at or above expectations.

The Main Camera of James Webb is Aligned

“The fourth and fifth alignments are now complete. We took our first pictures, and it was a very emotional experience. We blown up the photos of the stars to see how they were performing. “It’s performing fantastically,” says Lee Fienberg, Webb Optical Telescope Element Manager.

The imaging mechanism of the telescope, according to Fienberg, is “phenomenal.” The star above was photographed with a 2,100-second exposure at two microns.

“While the goal of this image was to focus on the bright star in the centre for alignment evaluation, Webb’s optics and NIRCam are so sensitive that the galaxies and stars visible in the background are visible.” Each of the major mirror segments has been modified to give one unified image of the same star using only the NIRCam instrument at this stage of Webb’s mirror alignment, known as “fine phasing.” “A red filter was used to optimise visual contrast in this image of the star, which is known as 2MASS J17554042+6551277,” NASA notes.

“You see not only the star and the spikes from the diffraction of the star, but other intensely focused objects in the field,” he explains. “We conducted a thorough examination and found that the performance is on par with, if not better than, our most optimistic predictions.”

The team has now fully aligned Webb’s primary camera, the Near Infrared Camera, after completing the precise phasing step of the telescope’s alignment. The photos are aligned as precisely as is technically possible.

“We’ve aligned and focused the telescope on a star, and the results are exceeding our expectations.” Ritva Keski-Kuha, deputy optical telescope element manager for Webb at NASA Goddard, says, “We are delighted about what this means for science.” “Now we know we built the correct telescope.”

Science Operations are on track for July.

The “selfie” below was taken with a specialised pupil imaging lens inside the NIRCam instrument, which was designed to take photographs of the primary mirror segments rather than images of the sky. This configuration, according to NASA, is only used for technical and alignment purposes and is not used for scientific operations. Webb’s 18 primary mirror segments are shown in this image gathering light from the same star in tandem.

“The Near-Infrared Spectrograph, Mid-Infrared Instrument, Near-Infrared Imager, and Slitless Spectrograph will be added to the telescope’s alignment.” An algorithm will evaluate the performance of each instrument in this phase of the process, and then calculate the final corrections required to establish a well-aligned telescope across all science instruments. Webb’s last alignment stage will commence after that, and the crew will correct any minor, remaining positioning mistakes in the mirror segments.” 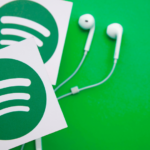 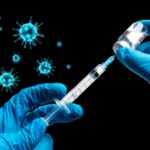