Tabitha and Bryan Balcitis attributed their 11-year-old son’s weight loss and increased water consumption to a growth spurt and recommendations from his health class. However, his odd irritability and lethargy alarmed them, and testing revealed that his blood sugar levels were dangerously high.

The Crown Point, Indiana, kid was diagnosed with Type 1 diabetes just six months after a minor incidence of COVID-19. His parents were taken aback because it didn’t run in the family, but autoimmune disease did, and physicians speculated that this could have had a role.

Nolan’s mother, a respiratory therapist, worried if his diabetes was linked to the coronavirus. Scientists in the United States and elsewhere are addressing the same question and looking into whether the link is more than a coincidence.

COVID-19 can clearly aggravate diabetes and lead to serious complications in people who already have it. However, there are other plausible connections.

New research suggests that the coronavirus, like other viruses, can assault insulin-producing cells in the pancreas, causing at least temporary diabetes in those who are susceptible. Rising diabetes cases could also be due to pandemic constraints, such as delayed medical attention for early indicators of diabetes or bad eating habits and inactivity in persons who are already at risk for Type 2 diabetes.

A study conducted by the Centers for Disease Control and Prevention looked at two big insurance datasets in the United States that included new diabetes diagnoses from March 2020 to June 2021. Diabetes was shown to be much more prevalent in children who have COVID-19. The survey made no distinction between Type 1 diabetes, which often begins in childhood, and Type 2 diabetes, which is linked to obesity.

Both types of diabetes have been more common in children in the United States in recent years, but data from Europe and certain U.S. hospitals suggest that the rate of increase has accelerated during the pandemic.

Dr. Inas Thomas, a specialist at the University of Michigan’s Mott Children’s Hospital, said, “I think we’re all a bit scared.”

In comparison to pre-pandemic years, Thomas said her hospital has witnessed a 30 percent increase in Type 1 diabetes cases. It’s unclear how many people have COVID-19 at one point or another, but the timing raises suspicions that there’s a link, she added.

When the pancreas produces little or no insulin, a hormone that regulates blood sugar, type 1 diabetes develops. It’s thought to be caused by an autoimmune reaction in which the body attacks the pancreas’ insulin-producing cells. To control their chronic disease, patients must utilise insulin that has been created.

Experts have speculated for a long time that a previous infection may have triggered the autoimmune reaction.

With COVID-19, “We don’t know if it’s a direct effect or some other factor that’s not fully understood yet, but we are hoping that this trend may help us figure out the trigger for what causes Type 1 diabetes,” Thomas said.

Type 1 diabetes diagnoses increased over 60% at Rady Children’s Hospital in San Diego during the first year of the pandemic compared to the preceding 12 months, according to a recent study published in JAMA Pediatrics. Only 2% of the youngsters had active COVID-19, and the report didn’t mention any previous infections. However, the sudden increase was noticeable, and co-author Dr. Jane Kim stated that “obviously there is a lot more work to be done to attempt to answer why this is happening.”

Type 2 diabetes, which primarily affects adults, inhibits the body’s ability to utilise insulin, resulting in poorly controlled blood sugar levels. The exact causes are unknown, although genetics, obesity, inactivity, and poor eating habits all have a part. It can occasionally be treated or reversed by altering one’s lifestyle.

Diabetes affects around 540 million people worldwide, with about 37 million in the United States. The majority have Type 2 diabetes, and many more have prediabetes, or blood sugar levels that are higher than normal. COVID-19 or lethargic pandemic lives, doctors fear, could be one of the factors that pushes patients over the line.

A pandemic of prediabetes has been observed at Chicago’s La Rabida Children’s Hospital’s diabetes centre. Long, sedentary hours of online learning, according to Center co-director Rosemary Briars, may have played an impact.

Dr. Rasa Kazlauskaite, a diabetes specialist at Rush University Medical Center in Chicago, said steroid medicines used to control inflammation in hospitalised patients with infections like COVID-19 can trigger blood sugar spikes, which can lead to diabetes. She explained that sometimes, but not usually, it goes away once the steroids are stopped.

High blood sugar and transient diabetes can be caused by the physical stress of severe COVID-19 and other conditions, she noted.

Scientists in Denmark are recruiting patients with Type 1 diabetes who have recently been diagnosed, including some who have COVID-19, in order to learn more. According to researcher Dr. Morten Bjerregaard-Andersen, a diabetes expert at the Hospital of South West Jutland, the researchers will see if the illness worsens faster in people who had COVID-19, which could help clarify the infection’s involvement, if any, in developing diabetes.

“Theoretically, if you have COVID-19, your own insulin production will be affected more than if you are not infected,” Bjerregaard-Andersen explained.

Nolan Balcitis, now 12 years old, claims he had no knowledge of diabetes prior to his diagnosis last year. He was first concerned about all of the tasks required in treating the disease, such as carb counting, blood sugar monitoring, and insulin injections. However, he can avoid daily injections thanks to a wearable insulin pump, and a sensor on his arm makes monitoring a breeze.

Nolan, a typical boy who enjoys baseball and spending time with his yellow Labrador puppy, Callie, shrugs off his illness.

“I’m just kind of accustomed to it now,” the child replied, with a teenager’s nonchalance. 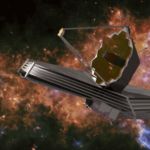 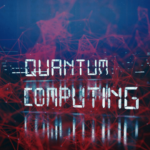