A call for proposals has been issued by the Indian Space Research Organisation (ISRO) to analyse and exploit data from all Chandrayaan-2 experiments.

Scientists are being encouraged to submit proposals for scientific analysis of Chandrayaan-2 payloads data, in order to serve as a further boost to the Indian lunar science community, the statement said. It carries eight experiments that study a variety of subjects, including the composition and geology of the Moon’s surface, as well as measurements of its exosphere, which would enrich prior understanding of the Moon. Scientists were given access to Chandrayaan-2 orbiter payload data on December 24, 2020.

In July of 2021, data from the next payloads were released. In international peer-reviewed journals, a few science results are already published by the payload science teams. Chandrayaan-2 orbiter payloads are producing high quality data that can be analysed by scientists using the Pradan web site https://pradan.issdc.gov.in

The space agency said it will add more data sets as they are acquired by various payloads. ISRO came out with a statement saying that it intends to focus on the scientific analysis and utilization of data from Chandrayaan-2 experiments in order to enhance the science outcome from the payloads of Chandrayaan-2.

It was stated that researchers from established academic institutions, colleges, planetarias, and government organizations across India are eligible. 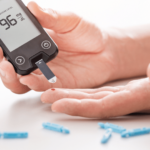 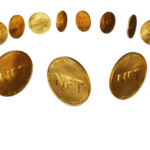