Space surrounding a black hole is under pressure. Humanity no longer has to fear the mysterious cosmic entities known as black holes because they are no longer a terrifying half-imagined phenomenon. Black holes are regions of the universe with extremely strong gravity – so strong that even light cannot escape – which has been discovered by humans over the last century. Black holes may now be proven to be true according to Stephen Hawking’s theory.

The black hole, after all, exerts pressure!

The space around black holes is under pressure because black holes are so dense. A black hole emits radiation, which implies that it has a temperature. Hawking predicted this back in 1974. Moreover, Hawking claimed that black holes shrink slowly over time if an accumulation of gases (accretion) does not occur.

They made the incredible discovery while probing a black hole’s event horizon (its boundary). Aside from Professor Xavier Calmet, Prof. Folkert Kuipers is also a member of the University of Sussex’s Department of Physics.

As a result, they examined the entropy of a black hole’s event horizon, which is the chaos integrated into physical objects as they progress from calm to chaos.

The scientists couldn’t explain an additional figure they kept running into as they read the calculations. The scientists took months to figure out that the pressure around the black hole was the true cause.

Black holes can’t shrink under this pressure even if it’s negligible. Hawking predicted this back in 1968.

It is hoped that this discovery will lead to a better understanding of how black holes affect objects in their surroundings.

Keeping up with Innovative India will keep you up-to-date on all the latest science, technology and innovation stories. 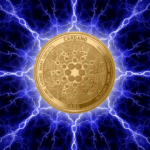 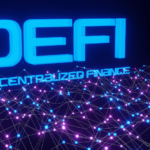