Physicists at the Fermilab Collider Detector (CDF) have discovered a novel observation that, if confirmed, might have a tectonic shift in the field of physics. They worked on it for a decade, doing thorough research and examination. They discovered that a fundamental particle has greater mass (weight) than previously anticipated.

The W boson is a subatomic particle that is responsible for a fundamental force in the centre of atoms, and it only exists for a fraction of a second before decaying into other particles. These particles have been used to explain the workings of the cosmos, and a new discovery that they have a different mass could have a significant impact on the equations that regulate our world’s operations.

Scientists have estimated the mass of W bosons for the first time with an accuracy of 0.01 percent, which is twice as accurate as the previous best measurement. According to the partnership, “it corresponds to measuring the weight of an 800-pound gorilla to 1.5 ounces.” The research was published in the scientific journal Science.

They claim that if this measurement is validated, it indicates the need for modifications to the Standard Model computation or model extensions.

“The number of improvements and extra checking that went into our result is enormous. We took into account our improved understanding of our particle detector as well as advances in the theoretical and experimental understanding of the W boson’s interactions with other particles. When we finally unveiled the result, we found that it differed from the Standard Model prediction,” Ashutosh V. Kotwal of Duke University, who led this analysis and is one of the 400 scientists in the CDF collaboration said in a statement.

Over the course of ten years, physicists at the US government’s Fermi National Accelerator Lab collided particles and measured the mass of 4 million W bosons, a weak nuclear force messenger particle. The nuclear processes that cause the sun to shine and particles to decay are governed by W bosons.

From 1985 through 2011, data on W bosons was collected. Until the methods were thoroughly inspected, the measured value remained hidden from the analysers. “It was a surprise” when it finally appeared. The mass of a W boson is around 80 times that of a proton, according to Fermilab.

“Over the last 40 years, many collider experiments have generated measurements of the W boson mass. These are difficult, intricate measures that have become increasingly precise. It took us many years to go over all of the details and perform all of the necessary checks. The disparity between the measured and predicted values persists, according to CDF co-spokesperson Giorgio Chiarelli of the Italian National Institute for Nuclear Physics.

Physics, is it really flawed?

The conclusion is so surprising that if it is verified by another experiment, it could pose one of the most serious challenges ever in the standard model, which is a complete rulebook for the cosmos. The Standard Model discusses the interactions of 17 basic particles, which are the building elements of matter.

While the findings point to a weakness in our understanding of physics, experts suggest that the difference could be explained by an unknown particle interacting with the W boson. They also think that it could be the mysterious dark matter or a new physics that has yet to be fully understood that is at work.

“It’s now up to the theoretical physics community and other experiments to follow up on this and shed light on this mystery. If the difference between the experimental and expected value is due to some kind of new particle or subatomic interaction, which is one of the possibilities, there’s a good chance it’s something that could be discovered in future experiments,” CDF co-spokesperson David Toback said. 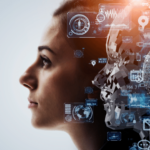 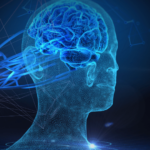