Electric vehicles have swept the globe by storm in the past few years, which is no secret to any auto enthusiast. It has proven that zero-emission vehicle technology is only going to get better and better in the next few years through Tesla’s long list of noteworthy achievements and names such as Lucid, Faraday Future, Lucid, and Fisker.

One electric SUV has been unveiled by a startup called Humble Motors in California. To capture attention and improve the technology, Humble plans to power it with solar because he firmly believes that solar is the future of mobility and that EVs powered by solar will lead the way toward tackling carbon neutrality.

Here’s what you need to know about the first solar-powered electric vehicle: The ‘Humble One’

Solar-powered vehicles are certainly not market-firsts, but Hyundai and Karma both offer this technology on their new models. Solar panels will cover the roof of the Humble One for the first time ever.

Every day, the SUV will be able to travel 96 km using solar panels to generate energy. In addition to daily commutes, the utility of solar power is still to be seen as to how it will provide power in other weather conditions.

A final version of Humble One will feature tons of changes since this version is still in concept form. Still, it’s a stunning concept car. With a sloping roofline, a massive blacked-out grille on the front, and narrow LED headlights, the SUV is a show stopper.

Its doors are pillar-free, while its wing mirrors are conventional. Air scoops and black-colored alloy wheels can also be seen on the sides. Production versions will have smaller tyres, as the tyres on this prototype appear to bulge out of the car’s body.

Humble One’s rear end features boomerang-shaped tail lamps connected together by three horizontal bands that run the full length of the tailgate. Besides the rear spoiler and splitter, the SUV also comes with a rear spoiler, which perhaps also serves another purpose, besides just adding to its sporty look.

Never run out of gas again!

Designed for use on rooftops, the Humble One’s photovoltaic cells capture sunlight and convert it into electricity. 96 kilometres of driving range can be increased by this method.

On a single full charge, the Humble One offers an estimated range of 805 km. It will also have a top power output of 1020, while its aerodynamic design will provide a remarkable drag coefficient of 0.25. Humble SUV will have the highest aerodynamics in the world on arrival.

There are currently over $20 million in reserved pre-orders for The Humble One, which is roughly around Rs.146 crore! This vehicle will not begin production until 2024, however. It is possible that the United States may be the first country to launch in the following year, followed by other nations.

Because not a lot of information has been made available about the Humble One, it is too early to comment on the exact price. A conversion of the price of the electric SUV to Indian rupees will however reveal it will begin at about $109,000.

Excited for a test drive?

With most carmakers jumping on board with electric vehicles, the surge in use is now a real thing as most plan their future strategies around this trend. Yet there are also concerns, such as creating enough charging infrastructure or eliminating the use of fossil fuels as a source of power and reducing our carbon footprint. Solar power has become an essential part of an electric carmaker’s mission to charge up its vehicles. 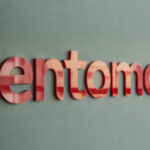 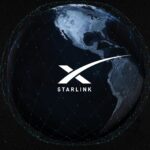