Shiba Inu (SHIB) is a currency that aims to be an Ethereum-based equivalent to the popular memecoin Dogecoin (DOGE). Unlike Bitcoin, which is intended to be scarce, SHIB is supposed to be abundant, with a one quadrillion circulation supply. The Shiba Inu Token ecosystem supports projects like the NFT art incubator and the creation of Shibaswap, a decentralised exchange.

Shiba Inu, one of the most popular meme cryptocurrencies, is gaining popularity among small businesses.

Candoli Propiedades, an Argentinian real estate business in Santa Clara del Mar, a municipality on the Atlantic coast of Buenos Aires, has announced that the token inspired by the Japanese canine breed will henceforth be accepted as a payment method.

Customers can now put their SHIB investments to work by purchasing or renting real estate.

El Corte Mágico, a Spanish store that sells fresh fruits and vegetables, also pledged support for the Dogecoin rival on the same day.

The increase in merchant acceptance follows another huge rise in the Shiba Inu cryptocurrency earlier this month.

SHIB is also available on a number of exchanges and trading platforms, with Robinhood competitor Public.com becoming the latest to support the Dogecoin clone.

Even still, prominent corporations like Newegg have yet to take notice of Shiba Inu.

In 2013, Australian entrepreneur Jackson Palmer and software programmer Billy Markus invented Dogecoin, a satirical cryptocurrency. Palmer said in an interview that the project was inspired by two online tabs he had open at the time: one with a viral internet meme of a Japanese Shiba Inu “doge,” and the other with a list of recently introduced bitcoin ventures to the market.

This year, Dogecoin, the most popular canine cryptocurrency, has made considerable progress in terms of adoption, with major corporations embracing the Elon Musk-backed cryptocurrency. According to U.Today, AMC CEO Adam Aron recently indicated that DOGE support will be added in the first quarter of 2022. 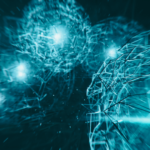 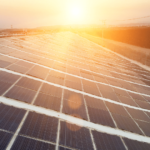