Space Exploration Technologies Corp. (SpaceX) is a Hawthorne, California-based aircraft manufacturer, space transportation services provider, and communications company. Elon Musk created SpaceX in 2002 with the purpose of lowering space transportation costs so that Mars may be colonised. The Falcon 9 and Falcon Heavy launch vehicles, as well as multiple rocket engines, Dragon cargo and crew spacecraft, and Starlink communications satellites, are all manufactured by SpaceX.

Radiant claims that each unit of its microreactor generates over 1MW of electricity, enough to power 1,000 houses.

Energy security is a top priority for governments around the world in order to power their industries, businesses, homes, and offices. However, energy resources are limited, and renewable energy technology is still decades away from widespread usage. Radiant, a business located in the United States, is working on a portable nuclear microreactor to address this problem. It is raising funds to construct a reactor that can be utilised in situations where existing power generation options, such as diesel generators, are not viable. Engineers who formerly worked for Elon Musk’s SpaceX founded Radiant.

This technique is expected to provide individuals in rural and disaster-prone places with on-demand electricity. Microreactors may be remotely monitored, and centralised fueling and maintenance enable microgrids to operate without any long-term consequences.

Radiant claims that each unit of its microreactor generates over 1MW of electricity and can run for up to eight years, enough to power over 1,000 houses. For military and commercial applications, the business deems their concept a “clean energy alternative to fossil fuels.”

Bernauer, a former SpaceX engineer who worked on creating energy sources for a future Mars colony, believes microreactors have the most promise for supplying power to Martian communities. He recognised an immediate chance to use the technology on Earth during his studies, he added, which led him to co-found Radiant with two other SpaceX colleagues. 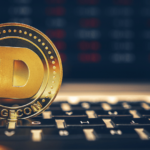 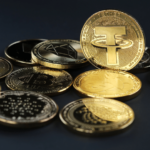