Disney has filed a patent for a Virtual World Simulator, which will allow the company to replicate augmented digital environments without the usage of headsets or glasses.

During the last week of December, Disney Enterprises was granted a patent for a “virtual-world simulator.” According to the US Patent Office, the system would project 3D visuals and virtual effects onto physical environments.

The technology detailed in the patent would follow individual visitors around the parks and project visuals tailored to them on surrounding objects, buildings, and walls, rather than big audiences.

Visitors’ smartphones or other devices might be tracked and the information transmitted to a computer connected to projection devices positioned throughout the theme parks. According to the patent, the “Virtual World Simulator” may present an image of a Disney figure in front of the visitors after finding them, with hidden speakers supplying sounds for an immersive experience.

The Virtual World Simulator would employ the SLAM technique, which stands for Simultaneous Localization and Mapping, to track a visitor’s ever-changing point of view as they move around a real-world environment. 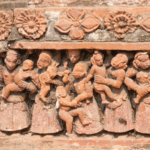 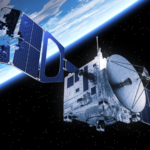