According to NASA, the breakdown of Chinese satellite Yunhai-1 (02) was caused by a collision with a minor piece of debris from a Russian satellite launch.

The Shanghai Academy of Spaceflight Technology produced the Yunhai-1 (02) satellite, which was launched into a Sun-synchronous orbit with a height of roughly 783 kilometres in September 2019. On March 18, 2021, it experienced a breakup, resulting in a large amount of debris.

According to the December 2021 edition of Orbital Debris Quarterly News, a publication of NSS, the breakup of the Yunhai 1-02 meteorological spacecraft (2019-063A) last year was caused by an accidental collision with a small, mission-related debris object (1996-051Q) associated with the Zenit-2 launch vehicle for the deployment of the Russian Cosmos 2333 military signals intelligence satellite in 1996.

According to SpaceNews, “moderate confidence” exists that the event was triggered by a piece of debris in the 1-10 centimetre size range, according to Darren McKnight, senior technical fellow at LeoLabs and member of the International Academy of Astronautics’ Space Debris Committee.

According to the study, the breakup of Yunhai-1 (02) is the fifth documented accidental collision between two catalogued objects. The 18 SPCS have catalogued a total of 37 debris from the collision, four of which had reentered the atmosphere as of October 1, 2021.

“I think what’s notable is that we were actually able to figure out that the breakup was caused by a collision with another object,” says Brian Weeden, director of program planning for the Secure World Foundation. “That’s fairly easy to do when the results are catastrophic, as in the case with the [2009] Iridium-Cosmos collision, but there are a lot more smaller scale events that result in minor satellite anomalies and/or release of only a few pieces of debris that are much harder to figure out.”

The collision of the defunct Russian military spacecraft Kosmos-2251 with the operating Iridium 33 communications satellite in 2009 was the most significant. Almost 2,000 pieces of trackable debris were produced as a result of the incident.

Suspected collisions can be triggered by particles of debris as small as a few millimetres in diameter, which are extremely difficult to track or maintain in the satellite database regularly or reliably. Lethal non-trackable debris is a term used to describe very small debris bits.

In the instance of Yunhai-1 (02), it appears that 18 SPCS was able to follow the impactor to some extent but did not keep it in the satellite catalogue due to its small size and the problems of tracking it regularly.

Surprisingly, amateur observations show that Yunhai-1 (02) is still working to some extent despite what would have been a high-velocity, high-energy collision.

According to CASC, SAST’s parent firm and China’s principal space contractor, the Yunhai-1 series of satellites is primarily used for “detecting the atmospheric and maritime environment, as well as disaster control and other scientific investigations.”

No further information has been supplied, and neither CASC nor SAST have commented on the incident or the satellite’s apparent continued operation. 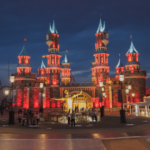 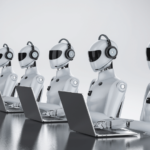