The purchase was verified on April 11 by a spokesperson for the Defense Acquisition Program Administration (DAPA), who said the launch in 2023 will send an 800-kilogram electro-optical infrared satellite to low Earth orbit.

“The agreement was signed to launch five satellites as part of the ‘425 project,'” DAPA spokesperson Park Geun-young told SpaceNews, referring to a space-based surveillance project launched by the defence ministry in 2018 to keep a closer eye on North Korea’s military actions. According to a 2019 report by the Korea Institute of S&T Evaluation and Planning, five satellites — four synthetic aperture radar (SAR) satellites and one with an electro-optical infrared (EO/IR) telescope — will be launched to low Earth orbit between 600 and 700 km by 2025, allowing South Korea’s military to observe the nuclear-armed neighbor’s key military facilities every two hours with 30-50 centimetres resolution imagery. The spokeswoman refused to provide the deal’s terms and conditions, as well as the launch dates for the other four satellites.

As principal contractors, the Agency for Defense Development (ADD) and Korea Aerospace Research Institute (KARI) have overseen the $970 million project. ADD collaborated with Korea Aerospace Industries (KAI) and Hanwha Systems to develop the four SAR satellites with the help of Europe’s Thales Alenia Space. The EO/IR satellite was created by KARI.

South Korea has contracted SpaceX for the second time to carry out a space-based military operation. A SpaceX Falcon 9 launched South Korea’s first military communications satellite, code-named Anasis-2, into geostationary Earth orbit in the first project, which took place in July 2020. Airbus Defence and Space built the Anasis-2 satellite in France as part of an offset commitment tied to a $7 billion sale of US F-35 fighter planes to South Korea in 2014. Lockheed Martin, the manufacturer of the F-35 fighter jet, agreed to provide South Korea with a telecommunications satellite as part of the agreement. 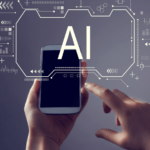 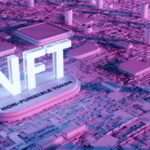