On Saturday, a dazzling streak of light was visible in the night sky over numerous regions of Maharashtra. According to a US expert, the streak that seemed to be a meteor shower was actually the wreckage of a Chinese rocket reentering Earth’s atmosphere.

On Saturday, the Chinese Chang Zheng 5B rocket, which was launched in February 2021, reentered the atmosphere and burned up above India. The majority of the rocket’s debris will burn up on re-entry and is unlikely to cause any harm.

The re-entry of the 3B rocket body is expected today, according to US astronomer Jonathan McDowell.

“I believe this is the reentry of a Chinese rocket stage, the third stage of the Chang Zheng 3B serial number Y77 which was launched in Feb 2021 – it was expected to reenter in the next hour or so and the track is a good match,” McDowell, of the Harvard-Smithsonian Center for Astrophysics in Cambridge, Massachusetts said in a tweet.

From the delivery of modules and personnel for China’s planned space station to the launch of exploratory probes to the moon and potentially Mars, the Long March 5 family of rockets has been critical to the country’s near-term space goals. 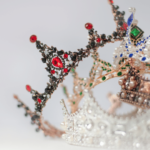 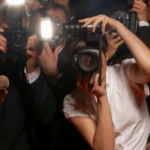