The UK government has been infected by the NFT virus. It now intends to issue NFTs in the summer. Chancellor of the Exchequer Rishi Sunak has asked the Royal Mint, the government-owned agency that mints coins for the UK, to create a non-fungible token, or NFT, by the summer, according to Her Majesty’s Treasury.

The revelation was made in a speech by John Glen, the Treasury’s Economic Secretary, who stated that additional information on the Royal Mint’s NFTs will be available very shortly. “I am announcing today that the Chancellor has asked the Royal Mint to create a non-fungible token – an NFT… to be issued by the Summer, an emblem of the forward-looking approach we are determined to take… and there will be more details available very soon,” he said at Fintech Week 2022’s Innovate Finance Global Summit.

In addition, the UK government said that it will form a taskforce to oversee the regulation of crypto assets in the country. “Through the Cryptoassets Taskforce, Treasury and regulators are working together to build a dynamic regulatory structure that works for everyone,” Glen continued.

Stablecoins will be accepted as a method of payment in the UK, according to the Treasury. The UK government has stated that stablecoins would be brought within the payments regulatory framework, allowing stablecoin issuers and service providers to operate and invest in the UK. Stablecoins, for the uninitiated, are cryptocurrencies whose value is linked to fiat currencies such as the US dollar or the British pound. In comparison to typical cryptocurrencies, stable coins are less volatile and more stable.

“This is part of our plan to ensure the UK financial services industry is always at the forefront of technology and innovation,” the Chancellor said on the occasion. 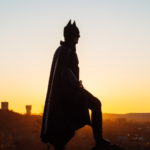 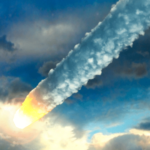