On Thursday, FC Barcelona called off a marketing contract with non-fungible token (NFT) marketplace Ownix. The announcement comes just five days before the soccer giant is set to sell off its first NFT collection on the marketplace.

According to the Associated Press and other news outlets, the cancellation came after Israeli crypto entrepreneur Moshe Hogeg was arrested earlier Thursday on allegations of cryptocurrency fraud and violence. According to the newspapers, Hogeg has connections to Ownix, a cryptocurrency based on the Ethereum network. Hogeg mentions the firm in his LinkedIn profile’s Interests section.

“FFC Barcelona therefore communicates the cancellation of the contract to generate and promote NFT digital assets with Ownix with immediate effect, in light of information obtained today that goes against the Team’s ideals,” the club stated in a statement on its website.

The club has not replied to any questions asked in interviews.

According to a countdown counter on the Ownix website, the FC Barcelona NFT auction based on images and films from the club’s 122-year history is set to take place on November 24. According to an email from an FC Barcelona spokesman to a website, the launch would contain words from Joan Laporta, who took over as president of the club earlier this year, and other “important members” of the club.

According to a Brand Finance ranking, Barça is only second in value to Spanish rival Real Madrid. However, the team may fall farther down the ladder due to the departure of star striker Lionel Messi – who has his own NFT collection – to Paris St. Germain in a transaction that also included NFTs.

NFTs have being investigated by sports clubs all around the globe as a means of earning revenue and increasing fan involvement. FC Barcelona has experienced serious financial problems in recent years, with CEO Ferran Reverter telling reporters in October that the club was “technically insolvent” early this year and that it would have been “dissolved” if it had been a public limited company (PLC). 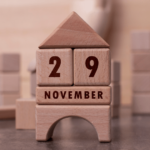 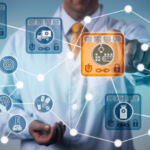