The Sandbox, a virtual property and gaming company owned by Animoca Brands, is launching a multi-week play-to-earn (P2E) Alpha event to introduce gamers to a portion of its metaverse.

However, only a select few gamers will be able to partake in the complete experience.

The Sandbox’s virtual game environment uses a play-to-earn paradigm to allow players to profit from their time spent in the metaverse. Within the game, players may buy land and produce nonfungible tokens (NFT), as well as earn the Sandbox token (SAND) by performing tasks. They can also put their money on the token.

The event will begin on Nov. 29 at 1 p.m. UTC and run through Dec. 20, according to a statement released by the company on Wednesday. A limited number of 5,000 users will have the opportunity to win up to 1,000 SAND (about $3,500 at current pricing) and three special NFTs by participating in one of The Sandbox’s 18 events.

The three limited-edition NFTs will be available just at the event. They’ll show a medieval gate, a blue-and-black dragon, and a long-sword, all of which may be used in The Sandbox metaverse.

The Alpha Pass is an NFT ticket that gives 5,000 people complete admission to the event. A raffle for Sandbox Landowners will provide 1,000 prizes, while daily social contests will award 2,250 more to Sandbox account users over the course of three weeks. Between Nov. 29 and Dec. 19, these golden tickets will be available on OpenSea’s secondary market.

Without the pass, players will get access to three experiences as well as the Alpha Hub, a multiplayer gameplay mode featuring a variety of settings and missions, but they will not be eligible for P2E awards.

“I would recommend for people who want to experience it, you know, just go to the places, experience them, join the community on Discord, have a chat with them. See what it’s all about before you make the plunge to buy land because, you know, it’s like buying real estate anywhere in the world.”

The Sandbox secured a $93 million Series B fundraising round spearheaded by SoftBank Vision Fund 2 at the beginning of this month. The concept has been in development for four years, according to the company, and will be launched in “phased phases” in the future. The money will apparently be used to expand The Sandbox by creating new games and live experiences, as well as forming new relationships with well-known businesses and intellectual assets.

The price of SAND touched a new all-time high of $3.42 earlier on Tuesday, according to CoinGecko statistics. SAND has had a remarkable rise in 2021, acquiring 8,663.5% in the last year. 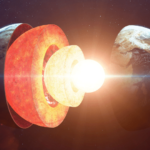 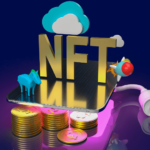