The metaverse is often regarded as the next step in human development. Immersive cyberspace is no longer a science fiction concept. Tho a universal definition has yet to emerge, the Metaverse is a network of 3D virtual worlds that use technologies like virtual reality and augmented reality to create social connections and is fueled by a digital economy. Facebook recently announced a ten-billion-dollar investment in its metaverse, igniting the debate on the subject. But Facebook (now renamed “Meta”) isn’t the only game in town in the Metaverse.

We take a look at some of the most promising Metaverse platforms below:

Decentraland, an open-source 3D virtual world platform, was founded in 2015 by Ari Meilich and Esteban Ordano (both from Argentina). The platform’s digital Land had a $20 asking price when it launched in 2017, and its cryptocurrency, MANA, was trading at $0.02 at the time. The Decentraland Foundation manages the platform, which was launched to the public in February 2020. Decentraland is one of the most established Metaverse systems, having previously partnered with Samsung and Australian Open (AO).

Decentraland is a grid-based metaverse platform with a single layer. LAND is the name given to each and every coordinate. The supply of land is restricted, and with Decentraland DAO, only the community has the authority to generate new land (a decision-making tool for LAND and MANA holders).

Somnium Space, the brainchild of Artur Sychov, is a virtual reality realm in the Metaverse. The platform’s first working draughts were released in 2017. From September 2018, Somnium Space was open to the public. The terrain on Somnium Space is uneven, and it comes with Somnium Space CUBEs, an erc20 token. VR, PC, and Web are all used to access the area, which is also mobile-friendly. The virtual reality experience receives the most attention.

On a pre-generated map, Somnium Space has 5,000 land pieces that are haphazardly distributed into separate plots. Every now and again, the team will release new land.

Users can carve their own place out of pre-generated assets with the Somnium Builder. In the meantime, a Unity SDK is being developed.

Sandbox began as a game in 2012, founded by Arthur Madrid (CEO) and Sébastien Borget (COO). In 2018, Animoca Brands bought the company and added 3D and blockchain to the game. In November 2021, the metaverse shifted. Sandbox uses the SAND money. To construct a virtual Mega City, the company is collaborating with a number of partners in the entertainment, financial, gaming, real estate, and Hong Kong film industries.

A sandbox is a Metaverse layer that is uniformly divided into a grid. The land is of the same size, and users can join plots to make larger areas. There is a finite amount of land available. Sandbox land is sold at auctions and can be purchased with Binance’s SAND money.

Augmented Reality and Mixed Reality are the next big thing in technology! As these new technologies become more popular, the Metaverse platforms that best integrate AR and MR into their products will be the ones that thrive and grow. 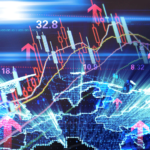 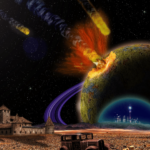