Following the crypto-funded trade, the collectible has become one of the most valuable digital sports things in the world.

In an auction on Sunday night, a Sorare digital trading card of Borussia Dortmund forward Erling Haaland sold for £511,000 ($684,000).

The NFT (non-fungible token) is a one-of-one exceptionally rare object that grants maximum points in the fantasy football company’s paid contests, implying that it would be utilised in cash games as well as being a collection.

Sorare is a fast-growing company with a market capitalization of over £3 billion, and it has emerged as one of the pillars of the rising NFT scene in football.

The Haaland NFT is designed to look like real trade cards, with vital player information like as number, age, position, and nationality displayed.

The level of rarity is also indicated in the top-left corner, which is unusual in this circumstance. The cards are also color-coded according to rarity.

What distinguishes Sorare from other NFT projects?

Sorare, unlike other ventures that have recently achieved mainstream appeal, such as John Terry’s controversial apes, is focused on making its NFTs useful in addition to being collectibles. Cards can be submitted into fantasy contests based on real-life player performance, and rarer things have larger multipliers, allowing users to potentially earn money back on their investments.

Sorare has been insulated from broader cryptocurrency trends thanks to its functionality, and CEO Nikolas Julia told GOAL that consumers frequently don’t even realise they’re using cryptocurrency.

While the cryptocurrency market as a whole has plummeted in recent months, Sorare’s marketplace has seen slight advances.

Sorare has been riding the increasing wave of NFTs as a company since late 2020, with Sunday’s large sale of the Haaland item demonstrating its popularity and users’ trust in it as a long-term model.

Julia said in reports last year, that his major priorities were establishing a mobile app and refining the user interface for beginner players. He now says he’s pleased with the latter category’s progress and that an app will be introduced this fiscal quarter. It is currently in beta testing.

Sorare also intends to grow outside football in order to have a larger presence in the United States, with two other sports planned to debut in 2022. In recent months, the corporation has been aggressively hiring in the United States in preparation for the announcement, and tennis legend Serena Williams has joined as an advisor.

Still, football is going to be the lifeblood of Sorare for a long time. It is, after all, the foundation upon which it grew from obscurity to a multibillion-pound corporation.

It’s a growth curve that has attracted the participation of some of football’s major leagues, and those alliances have lent credibility to the initiative.

“The Bundesliga has long kept its position as a leader in sports innovation; we are continually looking ahead, focusing on offering our global fanbase with new experiences and opportunities to engage with their favourite clubs and players,” said Bundesliga international CEO Robert Klein.

“A key factor in choosing Sorare was their fantasy game, which has become popular around the world. The fact that the game places importance on curating a squad which not only includes securing established global stars, but also scouting exciting new talents, makes it a perfect fit for the Bundesliga. Sorare’s drive for innovation matches our own, and we are excited to introduce even more elements to the partnership in the near future.”

Julia, for one, expressed gratitude for the “win-win” partnership that has seen the value of licenced digital products increase on his site. 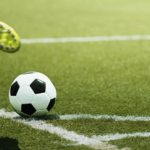 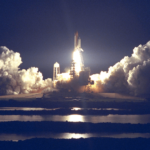