Astra counted down to a launch of the Rocket 3.3 vehicle, designated LV0008, at 1:50 p.m. Eastern but aborted just as the engines began up after a 50-minute wait to examine upper-level winds. Before announcing that the launch would be cancelled for the day, the business took approximately 90 minutes to investigate the problem.

The launch was postponed due to a “small telemetry issue,” although the corporation did not elaborate. The company said, “We are giving the team time to do a comprehensive evaluation and will provide an update on the next launch opportunity.” The weather forecast for a Feb. 8 launch isn’t looking good, with only a 20% chance of good weather in a three-hour window.

Astra cancelled an initial launch attempt on February 5 due to “a range equipment malfunction causing a vital range detection asset to be unavailable to enable our launch,” according to Chris Kemp, the company’s CEO. While the vehicle includes an autonomous flight safety system, he tweeted that it uses NASA-developed software that isn’t yet certified, necessitating the employment of two radar systems on the range.

The Eastern Range’s operator, Space Launch Delta 45, later announced it had “identified” the problem with the radar and was working on a solution. Astra has cancelled a planned launch on February 6th.

This will be Astra’s fifth orbital launch attempt, but the first with a satellite payload. Between September 2020 and August 2021, the first three launches from the Pacific Spaceport Complex – Alaska on Kodiak Island failed to reach orbit. The fourth, launched from Alaska on Nov. 20, made it into orbit but did not carry any satellites. The U.S. Space Force launched instruments on that flight to collect data about the launch environment

On ELaNa 41, three of the cubesats are from universities. BAMA-1, a satellite developed by the University of Alabama, will put a drag sail to the test in order to quickly deorbit the satellite. New Mexico State University’s INCA will conduct observations in order to improve space weather models. The University of California Berkeley’s QubeSat will investigate how quantum gyroscopes work in space. RS-51, a fourth satellite from NASA’s Johnson Space Center, will demonstrate various in-space inspection capabilities as well as test a fast and cost-effective approach to produce cubesats.

The Federal Aviation Administration granted Astra permission to launch on February 4th. The licence was the agency’s first under the new Part 450 simplified regulations.

These regulations, which went into effect in March, aim to make it easier for businesses to obtain licences and to make them more flexible. Allowing firms to launch vehicles at different locations using the same licence is part of that flexibility. Previously, businesses had to secure separate licences for each location where they wanted to launch a vehicle.

“Astra is proud to be the first company to receive a Part 450 license, and we plan to continue leveraging the full potential of Part 450’s flexibility,” Tom Marotta, principal launch licensing manager at Astra, said in a Feb. 4 statement. “Our existing license can be modified to add more launch sites, along with new launch vehicles.”

Licenses issued previous to the implementation of Part 450, such as the one Astra has for Rocket 3 launches from Alaska, are still valid and will be gradually converted to the Part 450 standards. 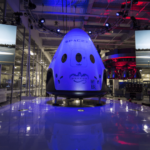