The global gaming industry has seen an explosive rise in recent years, with it now accounting for a $9.6 billion industry. That is according to a report by Digi-Capital, a market research firm. In this blog, we will be taking a look at the market as well as some of the leading mobile gaming companies to see how they have been so successful in recent years.

Video games have always been a popular form of entertainment. This has not changed in the past couple of years. What has changed is the amount of money that has been invested in the global gaming industry. The introduction of mobile gaming has allowed games to be played on smartphones, tablets, and other mobile devices. These games are more accessible than console and PC games.

It’s been amazing to see how mobile gaming has grown in the past few years. There are a lot of new and exciting games that have been released that have brought new technology and ideas into the industry. Games like Pub G, Clash of Clans and Angry Birds have brought in huge money for companies like Supercell and Rovio. With the introduction of these companies, it’s opened up new opportunities for others in the gaming industry to make more money, as well as keeping consumers engaged.

Covid19 a boon for Gaming companies

The mobile gaming market in China is huge and with companies like Tencent and NetEase, the games industry has grown to become one of the most profitable in the country. With companies like Tencent Holdings Ltd. 700, -1.35% and NetEase Inc. NTES, -2.64%, playing such a huge role in China’s gaming industry, it makes sense that they would create a game that would succeed internationally.

How much is the gaming industry expected to grow?

However, Lewis Ward, gaming research director at IDC, told MarketWatch in an interview. “I do think there will be a deceleration as soon as effective, cheap, globally available vaccines get out there over the course of 2021, but I’m quite sure at the end of 2021 there will still be billions of potential people that will need vaccines,” “So, my deceleration happens in 2022.”

Gaming revenue in Asia Pacific is the top revenue source in the industry, with the Southeast Asian population continuing to grow, as does the number of gamers. Furthermore, mobile gaming is on the rise due to free-to-play options.

Although esports are relatively new to Southeast Asia compared to traditional gaming, they are quickly becoming the most popular form of gaming. In 2021, approximately 250 million mobile gamers will be active in Southeast Asia.

Africa and the Middle East

With less than 1% of games natively localized into Arabic in the Middle East and Africa, this has caused interest to grow to help build the industry in the region by developing and localizing games.

According to Forbes, the Middle East has emerged as a new leader within the gaming industry. The region is expected to be worth $6 billion this year.

Europe’s gaming industry will generate 3% of the overall budget in 2020; 51% of Europeans play.

In Europe, countries like France, Germany, Italy, Spain, and the UK, among others, support gaming companies and developers that are constantly creating games.

The region is home to industry veterans such as Tencent, Activision, Blizzard, Ubisoft, and Zynga. Gaming in Europe has resulted in an average of 8.6 hours per week.

It’s no secret that the Americas has had their most successful year ever in terms of gaming. North America is no exception, with technology that enhances gaming, such as augmented and virtual reality.

During last year’s lockdown, more and more people played video games, with every third person playing video games. This increased the growth of gaming within North America. Especially since the introduction of cloud gaming, the number of internet gamers has almost doubled by midyear.

With rapid growth in the global gaming industry, the gaming industry is in need of making sure its games are accessible to everyone, regardless of language or country. South America has some of the fastest growing gaming markets, where mainly online games are played.

Gaming has been around for a long time, but only recently have we seen it explode in popularity. The gaming industry has taken a giant leap in recent years and with the prevalence of smartphones, tablets, and consoles, the gaming industry is an important and lucrative industry. There are many other industries that have been positively impacted by the boom of gaming. 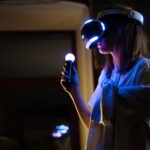 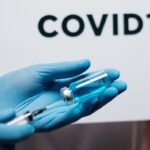