Movement becomes increasingly difficult as Parkinson’s disease progresses. There is sometimes a gradual tremor in only one hand, accompanied by barely visible symptoms, as well as tremors. People with Parkinson’s disease typically experience stiffness or slowness of movement.

The face of a Parkinson’s patient may be expressionless in the early stages. Walking may not involve swinging your arms. Soft or slurred speech can occur. As the diseases progress, the symptoms worsen.

You might find medication to significantly improve the symptoms of Parkinson’s disease, even though it can’t be cured. Surgery is sometimes recommended by your doctor to retrain certain brain regions and improve your symptoms.

How can Levodopa treat Parkinson’s disease?

A host of symptoms are associated with Parkinson’s disease (PD), such as slow movement, loss of dexterity, tremors, rigidity, and freezing gait, in addition to other motor and cognitive deficits. There is no cure for Parkinson’s disease, but levodopa – a natural precursor of dopamine – is the most common treatment. It can, however, easily enter the brain and send signals to the brain, unlike dopamine.

PD and neurorehabilitation specialist Giuseppe Frazzitta at the Moriggia-Pelascini Hospital in Italy describes levodopa as the “best drug for rigidity and bradykinesia in PD.” It is ineffective for parkinsonism (progressive supranuclear palsy, multiple system atrophy) – symptoms of tremors and slowness of movement. When symptoms of gait and posture dysfunction begin to develop, levodopa no longer proves effective.” In rare cases, levodopa may worsen these symptoms and have an adverse affect on cognitive function.

In some patients with typical parkinsonism who are resistant to levodopa, physicians who may use drugs with differential half-lives, as well as different methods of administration, such as intramuscular or nasal administration, may be able to help them. A nasal delivery system increases absorption of the drug into the bloodstream, allowing it to reach the brain quicker since the drug is not absorbed through the intestines. One possible option is an intramuscular injection of apomorphine (administered along the abdomen or legs). “Apomorphine is a fast-acting, short-lived medication.”

Encephalitis Lethargica: A Sleeping Sickness That Is Still Unknown

Approximately a half million Europeans were affected by the encephalitis lethargica epidemic from 1916-1930. The cause of this disease is unknown.

Europeans were affected by at least half a million cases of encephalitis lethargica between 1916 and 1930. Hundreds of thousands more people have been affected by the disease in other parts of the world. There is still no explanation for the reason for the strange illness. It’s unclear whether patients who have been described with symptoms similar to those experienced in the initial outbreak are suffering from encephalitis lethargica or something else.

There was no overwhelming consensus as to a diagnosis of the disease, according to accounts in the literature. The illness was characterized by bizarre neuropsychiatric behaviors, excessive sleepiness, coma-like symptoms, and muscle rigidity.

It is important to note that not all patients suffered from the same severity of disease or all experienced the same characteristic symptoms. Approximately one third of the patients perished from respiratory dysfunction caused by neurological dysfunction, according to medical literature. In addition to the people who died, thousands more survived. Parkinsonian and neuropsychiatric sequelae could be seen in some survivors.

Surviving patients suffered from substantial levels of lethargy and remained in a rhythmical state for years. Oliver Sacks, MD, noted that many of those in this group were rigid at rest. When L-dopa for Parkinson’s disease was first developed, some of the patients responded well to it. Symptoms of the illness suggest it may have some relationship to the substantial nigra, as in Parkinson disease (PD).

The two epidemics occurred simultaneously, and some researchers consider that an infectious cause of sleeping sickness might be possible-although others think that this may have been a coincidental event, and that another event caused it.

Unanswered questions about the sleeping sickness

Although the sporadic cases of the rare neurological disease, which was so widespread for a relatively short period of time, are still unknown, it has not been recurred. Levodopa, the only medication available at the time for treating Parkinson’s symptoms and PD, provided some relief towards the end of their illnesses. There is an extremely slim chance that we will ever know whether the encephalitis lethargica epidemic was caused by an infection, a particularly unusual immune response to any of these agents, or by some other extraordinary factor.

Books and Movies based on the Incephalitis Lethargica epidemic:

Awakenings by Oliver Sack in 1973

Oliver Sacks published a non-fiction book called Awakenings in 1973. Sack’s chronicles his efforts to help these patients in the Bronx, New York, at the Beth Abraham Hospital (now Beth Abraham Center for Rehabilitation and Nursing). L-DOPA was used in the treatment.

1990s Hollywood movie Awakenings based on the book by Oliver Sack

Adapted from Oliver Sacks’s 1973 memoir of the same name, Awakenings is a 1990 American drama film. In this film, Robin Williams plays the role of Dr. Malcolm Sayer, a fictional character based on Sacks. It was his discovery of the drug L-Dopa that led to his discovery of it’s beneficial effects. His treatment plans include catatonic patients who survived encephalitis lethargica, which was prevalent from 1917 to 1928. The patients are woken up by Leonard Lowe (Robert de Niro) and must adapt to a new time and new life after decades of sleep. A total of three Oscar nominations have been given to this film.

Parkinson’s is a mystery both in its cause and in its prevention.

Studies have suggested that aerobic exercise could decrease Parkinson’s risk. 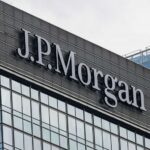 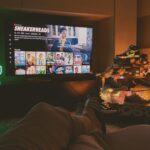