We have been prevented from doing almost anything good outside of our home due to the lockdown. As a result, we will be staying in the house more. Working from home gives you more time for your extra sleeping hours, wearing comfy clothes, and the comfort of wearing your favorite clothes.

While working from home, you can fill your time with enjoyment and inspiration by watching entertainment. When the weekend rolls around, what is your plan? You might be one of those people who stay at home and binge watch your favorite TV show or movie. With that in mind, this blog has a list of ten series that you can binge watch and not worry about missing anything. With these ten series, you’ll be able to be prepared for your next weekend and to binge watch while you stay at home.

All of a sudden, a rich family loses everything. Are we experiencing the same thing right now? Well, it revolves around how individuals and teams are challenged to face the challenges ahead.

Where to watch : Netflix

A young girl finds chess to be an amazing talent in a 1950s orphanage, but is battling addiction along the way to stardom.

This drama series, released in 2020, is winning hearts and is a must watch.

Animated tv show BoJack Horseman follows the adventures of a 50-year-old former sitcom star writing a memoir. In fact, it talks about important topics like closure, mental health, depression, and livelihood, even though it is perceived as a dark comedy show. In Bojack Horseman, animals are cleverly used to normalise cultural aspects that society may be uncomfortable with, such as asexuality, while creating harsh reality and portraying other problematic aspects, such as celebrity selfishness.

This 8.7 IMDb rated American Sitcom is surely gonna lift up your mood in these gloomy days.

It is centered on a serial killer who breeds giant cats in a zoo in Oklahoma, such as tigers and lions, known as ‘Joe Exotic.’ The docu-series illustrates Joe’s allegations against Carole Baskin that she murdered her husband and fed him to her cats. In spite of how gruesome this business may sound, this show broke the internet by revealing the sad truth behind the long-awaited business…Doesn’t that sound interesting?

Despite the fact that the series is based on true events and real people, it features real people. Discover the wildest documentary now.

Released in 2020, this American true crime documentary is not one to miss.

Chris Van Dusen and Shonda Rhimes created and produced Bridgerton, an American period drama series. It is based on Julia Quinn’s novels, and takes place during London’s season of debutantes during the Regency era. It is Rhimes’s first scripted series on Netflix.

During the premiere of a new gossip sheet and a return of Simon, the eligible Duke of Hastings, Daphne debuts on London’s marriage market.

If you are searching for romantic series, this IMDb rated 7.3 regency romance series is going to be a treat to watch.

Netflix has premiered it’s first original German series with this.

Spanish television series Money Heist (Spanish: La Casa de Papel, “The House of Paper”) is about two Spanish bankers who work together to steal money from their banks. During two long-planned heists, one at the Spanish Royal Mint, and the other at the Bank of Spain, the Professor (Alvaro Morte) leads his men. Using flashbacks, time jumps, hidden characters motivations, and an unreliable narrator to add complexity to the story, the narrative is told in a real-time-like manner. The series employs a diverse perspective, telling the story from the perspective of a woman, Tokyo (Ursula Corberó). The series has a strong Spanish identity, where emotional dynamics are used to counteract the perfect strategy crime.

A period crime drama series created by Steven Knight, Peaky Blinders focuses on the lives of ordinary people during the Victorian era. The series takes place in Birmingham, England in the immediate aftermath of the First World War, and follows the Shelby crime family. Based on a real urban gang in the 1890s to early 1900s, the fictional family is loosely based on the same name.

This British drama series will keep you hooked for a few days.

Created by the Duffer Brothers, Stranger Things is an American science fiction horror drama that can be viewed on Netflix. Along with Shawn Levy and Dan Cohen, they serve as showrunners and executive producers.

On July 15, 2016, Netflix released the pilot episode of the series. In Hawkins, Indiana in the 1980s, the first season has the protagonist (Will Byers) involved in a case of child abduction surrounded by supernatural events, such as a visit from a girl with psychokinetic powers (Eleven). With the Upside Down crawling into the real world, Will’s side effects from being in the Upside Down are extensively explored. As the children continue to struggle against the entities that live in the Upside Down, Eleven and Mike’s relationship becomes a focus for the third season.

This is the God of all series. It’s is a drama unlike any other – drugs, money, family, choices. As Walter White battles terminal cancer, he turns to drug making, and the consequences of his choices can become destructive. One of the greatest TV series of all time comes together seamlessly due to its exceptional acting, superb writing, talented directing, and wonderful soundtrack.

Go ahead! Make your stay at home interesting.

Sometimes you just need to relax and let the Netflix do the work. It’s a time when you can just sit back and enjoy yourself without having to worry about anything. Well, it’s easier said than done. If you’re the type of person who’s always in a rush, it’s easy to miss out on these moments of calm. So what if you don’t have a TV in your bedroom? That doesn’t mean you can’t have your own mini binge-watching session in bed or even at the dining table with friends! These 10 series mentioned in this article will help you to escape reality for a few hours without having to leave your home. 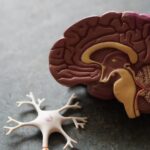 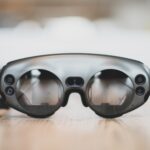