During an event organized by The Indian Express and Financial Times on Thursday, Shaktikanta Das, the Governor of the Reserve Bank of India (RBI), stated that his bank has ‘serious and major’ concerns regarding cryptocurrencies such as Bitcoin. The Indian government was informed of this concern. In the report, Das said that the government must make the final decision on the matter and that it must decide what should be done. He noted that the RBI is looking for credible explanations and answers regarding the value that such instruments (cryptocurrencies) can bring to the Indian economy.

The government is on the fence about whether or not to allow cryptocurrencies in full, although cryptocurrencies have been under regulation for some time. Although there are no easy regulations, their mining process is highly complex, and their price volatility makes them highly unstable. The report indicates that there is currently a call for cryptocurrency to be treated as a foreign asset.

In El Salvador, Bitcoin was one of the first official assets to be recognized. On September 7, 2021, the nation of South America recognized the digital asset. Cryptocurrency was adopted as legal tender by the country. A 20 per cent change in the exchange rate has also triggered civil unrest in the country, according to reports.

Speaking at the event, Das said, “We have conveyed our serious and major concerns about cryptocurrencies to the government from a point of view of financial stability. The government will take a decision.”

The apex bank had initially banned the domestic lenders from facilitating investors’ trade in cryptocurrencies, but this was reversed after the Supreme Court struck down the order. It was alleged that some banks have resumed these services. Earlier this year in March, Das said that he had reason to believe that the government shares the concerns that were flagged by the RBI, according to the report.

India has also been developing a legalized digital rupee as a parallel development. Central Bank Digital Currency, as it is also known, will be phased in by the RBI over the next few months. In a statement last month, Das said that trial programs for the digital currency will begin in December. A Central Bank Digital Currency is regulated, unlike cryptocurrency, is very fascinating that this monetary system will not be an asset, but a digital reflection of the current financial structure. There will be a one-to-one exchange rate with the Indian Rupee.

A cryptocurrency can be considered as a commodity, like gold or silver, because it has a set value attached to it. Its value will remain the same no matter which country it is sold in and the only factor to be considered is the rate at which the value is translated into the country’s currency. As Das had previously mentioned, the RBI planned on launching a large-scale digital currency. RBI noted that central bank digital currency is universal as well as the interest that it holds as an asset. The pilot stage of launching such an initiative has yet to be reached by many countries. 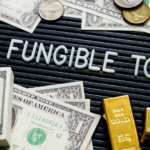