Creatd’s stock soared more than 30% to approximately $5.50 on Monday, only hours after the business revealed it would sell a Trump NFT for 240 ethereum, or just over $1 million at the current price of the cryptocurrency.

Three images of Trump, taken before he became president, show him autograph the bare chest of a woman described on Creatd’s site as a “Ivanka look-a-like.” The photographs were received from the creditors of Bob Guccione, the creator of Penthouse magazine, who died in 2010.

“They say a picture is worth a thousand words, and the Trump photographs are no exception,” Creatd founder Jeremy Frommer said in a statement. “We have waited a long time to sell these priceless images which were captured decades before they took on the significance and symbolism they hold today.”

Creatd, based in Fort Lee, New Jersey, employs about 50 full-time employees and is aiming to profit on the current NFT frenzy. An NFT is a one-of-a-kind evidence of ownership over an intangible object, such as a work of digital art or a video clip. Blockchain technology and smart contracts are used to hold and preserve the one-of-a-kind token.

Purchasing an NFT entails obtaining a hacker-proof, public proof of ownership over a digital asset that may be traded or sold but not replicated or broken down into smaller pieces. From high-end art to sports memorabilia, the technology has arisen as a new method to collect.

The Trump NFT will allow Creatd to “continue investigating the NFT area and capitalising on the economic potential it can promote for the creative community,” according to Laurie Weisberg, Creatd’s co-CEO.

Creatd said in a statement that it plans to “continue to develop unique NFTs,” which “offer a chance to encourage discourse, and dispute ideas, from sharing lighthearted wisecracks to heated political judgements,” according to Weisberg.

Being linked to former US President Donald Trump is proven to be a lucrative method to become a meme stock.

Creatd Inc.’s stock soared as high as 69 percent when the business announced a fresh non-fungible token art drop through its OG Gallery unit, which included three Trump images. According to Creatd, the NFT has “three candid photographs of a young Donald Trump, recorded as he autographs the breast of a model.”

On Monday, trading volume was more than 500% of the three-month average. On Reddit and StockTwits, the stock and the NFT are being debated following at least one trading stoppage immediately after the market opened in New York.

This comes after Creatd’s WHE Agency announced on Friday that TikTok inventor Alexis LaRue had signed with them. That day, the stock finished 41% higher.

NFTs are digital tokens that may be used to indicate ownership of one-of-a-kind goods. They enable us to tokenize items such as artwork, valuables, and even real estate. They can only have one official owner at a time, and they’re protected by the Ethereum blockchain, which means no one can change the ownership record or create a new NFT.

The term “non-fungible token” refers to a token that is not fungible. Non-fungible is an economic word that can be used to objects like furniture, music files, and computers. Because of their unique features, some goods cannot be substituted by other items.

Fungible goods, on the other hand, may be swapped since their worth, not their unique features, characterises them. ETH or dollars, for example, are fungible because 1 ETH / $1 USD may be exchanged for another 1 ETH / $1 USD. 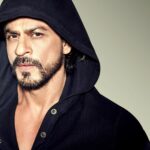 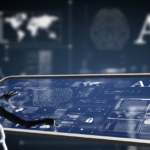