Almost everyone knows about the asteroid that struck Earth centuries ago and wiped out dinosaurs. Asteroids have been tarnished by this incident alone, but they are anything but that!

4.5 billion years ago, when our solar system was formed, asteroids were nothing more than space rocks. These objects are remnants of a long-gone cosmic world, floating aimlessly in space.

The world is filled with these rocks, ranging in size, containing peculiar features, and even some having a moon! Between Mars and Jupiter, they rotate collectively around the Sun as part of the Asteroid Belt.

An asteroid that orbits around our Sun faster than all the other space rocks has been discovered by astronomers in a new and exciting discovery! No worries, there is almost no chance that this rock will hit Earth.

This newly discovered asteroid, known as 2021 PH27, makes one orbit around the Sun in just 113 days! In our solar system, it has the shortest orbital period of any object except Mercury, which loops around the sun in 88 days.

An asteroid of about one kilometer in diameter was initially located in the main Asteroid Belt between Mars and Jupiter, but gravitational attraction from the inner planets pushed it closer to the Sun.

A team of astronomers is still working on determining the exact location of the star. A comet with an orbital inclination of 32 degrees may be an extinct comet that traveled to Earth’s closer orbit after passing through Mars and Earth’s outer planets.

Scientists have also found that its orbit is unstable, meaning it is likely to collide with Mercury, Venus or the Sun, millions of years from now.

Discovery of the asteroid.

The discovery had an element of luck to it, since it’s difficult to trace asteroids near the Sun because their light is often blocked by the star. Therefore, observing asteroids located in Earth’s orbit during the twilight hours should be optimal; for instance, just before sunset or just after sunrise.

Adding to this, Sheppard said: “Understanding the population of asteroids interior to Earth’s orbit is important to complete the census of asteroids near Earth, including some of the most likely Earth impactors that may approach Earth during daylight and that cannot easily be discovered in most surveys that are observing at night, away from the Sun.”

In August 2021, scientists from Brown University took the first images of this asteroid after its discovery. A number of other telescopes also observed the asteroid following this.

The asteroid will be further studied by scientists. Although in 2018, the asteroid is likely to pass in front of the Sun, meaning it would be visible again next year when it enters solar conjunction, which will happen by the end of next year. 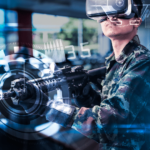 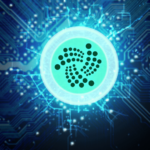