An Armenian artist is selling one of her eggs as a non-fungible token at Art Basel Miami Beach, believe it or not.

Narine Arakelian, a Los Angeles, California-based artist, made the picture ‘Love, Hope, Live,’ which includes a contract for one of her eggs. Arakelian’s egg is given to the buyer of the item, and she wants them to have a child with it, she said in reports.

The 42-year-old artist hasn’t set a price for the NFT, and it looks like he’ll sell it to the highest bidder.

The artist, who has a 21-year-old son of her own, said she is eager to “bring a kid into the world” through her work, which she intends to sell to a couple that is having reproductive issues.

“It’s a beautiful act of creativity to give the gift of art and life,” she told a channel. “My artworks are all my children and the fact this one will actually produce a child is wonderful. ‘The art will always mean so much to the buyer because it brought them their child. It will always carry that special memory.”

Despite the fact that the artwork includes the words “love,” “hope,” and “life,” she will only sell the piece of the picture that says “live” as the NFT.

Narine will undergo “a process properly overseen by physicians and specialists” to recover her egg once the buyer is ready. She did not, however, say whether she would be prepared to go through several rounds of egg retrieval if the first failed.

“The egg will hopefully become a child and then it will be a child, not art. However, I hope the child and its parents will always feel a special connection to my art and the NFT,” she added.

What are your thoughts on this? Let us know in the comment section below! 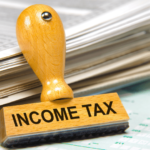 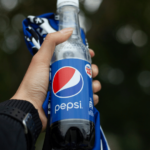