Glen de Vries was one of two passengers aboard a Cessna 172 that crashed in New Jersey on November 11. Both de Vries and Thomas Fischer, the other passenger on the plane, perished in the crash, according to New Jersey State Police. De Vries was an instrument-rated private pilot, while Fischer was a flight instructor, thus it wasn’t obvious who was in charge of the plane.

De Vries was one of four participants on Blue Origin’s NS-18 trip on Oct. 13, the suborbital vehicle’s second passenger flight. Actor William Shatner, Planet co-founder Chris Boshuizen, and Audrey Powers, a Blue Origin vice president, were among the passengers on the journey.

“We are heartbroken to learn about Glen de Vries’ untimely demise,” Blue Origin announced in a tweet on Nov. 12. “He infused the whole Blue Origin team, as well as his other crewmates, with so much life and enthusiasm. His devotion to his art, his philanthropic efforts, and his enthusiasm for aviation will be remembered for a long time.”

“I am saddened to learn of the passing of fellow space explorer Glen de Vries,” tweeted Boshuizen. “I take some small consolation in knowing he fulfilled his life-long dream, and lived his life to the fullest.”

“Such a tragic loss,” wrote Jeff Bezos, founder of Blue Origin, in an Instagram post. “Warm and full of life, Glen made us laugh and lit up the room. He was a visionary, and an innovator – a true leader.”

De Vries paid an unknown sum to be a passenger on the trip. In 1999, he started Medidata Solutions, which created a widely utilised clinical research platform. In 2019, Dassault Systèmes purchased Medidata, and he was named vice chair of life sciences and healthcare at the business.

“I’ve always loved aviation and space, so this mission is definitely a dream come true,” he said in a statement released by Blue Origin on Sept. 27 when the firm revealed he and Boshuizen will be on the flight.

He detailed the experience in a post-flight interview with Carnegie Mellon University, where he sat on the board of trustees, describing the view from the edge of space as well as weightlessness. “From the start of the countdown, I had that heightened sensation of time in my thoughts. “I believe I’ve brought that perspective back to our world, as well as into my relationships,” he remarked. “Expanded perspective makes the passage of time, like Earth’s resources, feel more valuable.”

In the interview, he stated that while he wanted to return to space, he also wanted to push for commercial spaceflight. “I feel even more passionately about this than I did before the flight, and plan to make advancing the democratization of space part of my mission for the balance of my life.”

Jeff Bezos launched Blue Origin with the goal of establishing a future in which millions of people live and work in space to benefit Earth. Blue Origin thinks that in order to maintain Earth, mankind will need to develop, explore, discover new energy and material resources, and relocate businesses that are harmful to the planet into space. Blue Origin is working on this right now by building partially and totally reusable launch vehicles that are safe, low-cost, and can serve all civic, commercial, and defence clients.

Blue’s efforts to launch astronauts into space on New Shepard, develop reusable liquid rocket engines, build a highly reusable orbital launch vehicle with New Glenn, and return Americans to the Moon’s surface—this time permanently—will add new chapters to the history of spaceflight and bring us closer to realising that founding vision. Their slogan is “Gradatim Ferociter,” which means “Step by Step Ferociously.” 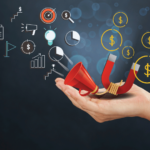 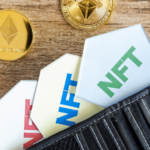