Fans of the famed sci-fi series lined up to acquire digital souvenirs related to the Warner Bros. picture as the new Matrix film neared its release date.

‘The Matrix Resurrections’ NFTs are offered for $50 each. Fans flocked to the NFT marketplace, which hosted the deal, and the business had to put the offer on hold to handle the crowds.

Nifty’s suspended the buy, renewed it, and then paused it within an hour after opening Matrix NFT. In less than 24 hours, more than 330,000 people had joined the line on Nifty’s website to acquire the ‘Matrix’ NFTs. Is cinema’s future bright? The film ‘Zero Contact,’ starring Anthony Hopkins, will be released via the Vuele NFT platform.

Warner Bros. said earlier this month that 100,000 unique NFTs of ‘Matrix’-inspired avatars will be minted to promote the December 22 release of ‘Matrix Resurrections,’ a natural tie-in to the movie franchise’s virtual-world idea.

“We discovered infrastructure challenges as we reached to maximum capacity,” Nifty’s says, “and our team is currently working on a solution with our cloud provider.”

Those remaining in line to buy “Matrix” NFTs should enter their email address in the “Please notify me when it is my time” form on the business’s website, “so that you’ll know exactly when you’ve made it to the head of the line,” according to the company.

The Matrix Resurrections is the fourth instalment in the franchise, directed by Lana Wachowski. It’s returning after an 18-year hiatus, bringing back the dream ensemble as well as some new recruits like Priyanka Chopra.

The movie will be released on December 22nd. 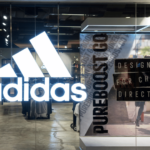 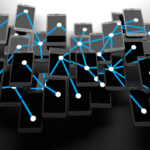