Anuvu was saved from bankruptcy in March, and investors have put $50 million behind plans for the company to launch its own constellation of tiny geostationary orbit (GEO) satellites.

The funds will go for the first two satellites Anuvu bought from Astranis in July as part of an eight-satellite constellation, expanding on a company that presently rents capacity from other operators to deliver Wi-Fi on planes, boats, and isolated spots throughout the world.

The San Francisco-based firm Astranis’ one-meter-cubed satellites have software-defined radios that can be reconfigured in space. Anuvu would be able to alter its service when mobility markets encounter instability due to a pandemic, which contributed to the company’s bankruptcy in July 2020.

Anuvu, formerly known as Global Eagle, is based in Los Angeles and aims to launch its first two digital payload satellites in early 2023 to serve North America and the Caribbean. The remaining six satellites are currently being considered by the firm.

Astranis owns and manages the spacecraft it manufactures, leasing capacity to clients on long-term lease agreements. Arcturus, the company’s first commercial satellite, is set to launch in early 2022 for Pacific Dataport Inc., a US-based telecom (PDI).

Anuvu now rents capacity on hundreds of GEO satellites and plans to do so as it builds a constellation through Astranis as part of a multi-orbit strategy that will see it lease bandwidth from the Lightspeed network developed by Telesat in Canada in 2024.

“The strong confidence we have from our investor base in our strategy and management team,” Pigott said of the $50 million fundraising pledge from current backers Apollo Capital Management, Sound Point Capital, and Arbour Lane Capital Management.

Despite a new wave of COVID-19 travel limitations imposed globally in recent days in response to the Omicron variant’s appearance, he said the business is hopeful about the mobility markets’ return to growth.

Anuvu has also received board approval for additional stock, which will be used to extend its small GEO constellation ambitions.

“Mobility markets are reviving in a significant manner,” Pigott said, “and we see a compelling chance to grow our market share.”

“In terms of money, our financial trajectory is strong, therefore we will only seek outside financing when absolutely necessary.”

Anuvu’s lenders took ownership of the firm earlier this year in order to get it out of Chapter 11 bankruptcy protection.

They put up around $218 million as part of a debt restructuring arrangement that reduced the company’s near-$1.1 billion debt load by about half. 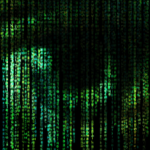 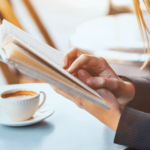