A top French surgeon is facing legal prosecution after reportedly attempting to sell a patient’s X-ray without authorization as a so-called NFT digital image.

The event was initially reported on Saturday by the French online investigative journal Mediapart.

The image in question is an X-ray of one of the Bataclan theatre siege survivors from 2015. It displayed the victim’s forearm, which had a gunshot embedded in it.

Doctors’ activities are slammed by public hospitals in Paris.

The doctor’s acts were described as “disgraceful” and “scandalous” by Martin Hirsch, the leader of Paris’ public hospitals. Hirsch stated that the surgeon would face criminal and professional charges.

“This act is contrary to sound professional practice, puts medical secrecy in danger, and goes against the values of AP-HP (Paris hospitals) and public service,” Hirsch’s statement read.

According to Mediapart, the unidentified victim was a young woman whose boyfriend was one of the 130 people killed in a 2015 attack in Paris by Islamic extremists on a stadium, restaurants, and cafés, as well as the Bataclan theatre.

The surgeon reportedly said the transaction was “an error” when contacted by the web newspaper.

NFTs, or non-fungible tokens, are uniquely recognised data files or digital assets that can include digital artworks, music, and films.

The files serve as digital signatures, proving who owns what on the internet.

Twitter CEO Jack Dorsey auctioned his first-ever tweet as an NFT in 2021, and it sold for $2.9 million. The first source code for the World Wide Web was sold for $5.4 million by Berners Lee.

This article was supported by the AFP news agency. 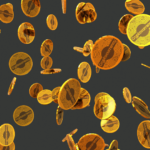 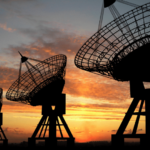