Another Indian-born executive is in charge of a significant division of a worldwide corporation; this time, it’s Google’s new blockchain business.

Engineer Shivakumar Venkataraman will be in charge of “blockchain and other next-generation distributed computing and data storage technologies.” He has spent over two decades at Google, where he is responsible for the company’s main business of search advertising.

He joins other recent Indian-origin appointees to top corporations including Chanel’s Leena Nair and Twitter’s Parag Agrawal. On November 1, Barclays named CS Venkatakrishnan as its new CEO. Sundar Pichai, the CEO of Alphabet and an Indian, is Venkataraman’s immediate boss.

Shivakumar Venkataraman, who is he?

Venkataraman is a 52-year-old Hyderabad native. He graduated from the Indian Institute of Technology in Chennai with a bachelor’s degree in computer science engineering in 1990.

He then pursued a doctorate in computer science at the University of Wisconsin-Madison in the United States. Venkataraman began his career as a summer intern at Hewlett-Packard Laboratories before becoming a software engineer at IBM.

He joined Google in 2003 and eventually became responsible for the company’s primary search ad business. In January, he was promoted to vice president of Google Labs, the company’s freshly resurrected division that houses the company’s virtual and augmented reality research, more than a decade after it was shut down.

Google has made the decision to embrace cryptocurrency.

After years of scepticism, Google appears to have softened its stance on Web3, which is based on blockchain, the same technology that underpins cryptocurrencies and non-fiat currencies. Venkataraman is a major hire in an area where other corporations have arguably been left to their own devices.

“Crypto is something we pay a lot of attention to,” Google executive Bill Ready told Bloomberg. “As user demand and merchant demand evolves, we’ll evolve with it.” 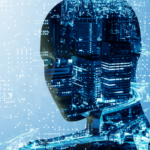 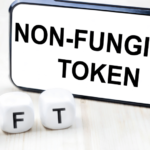