UbiSoft, Microsoft, Nvidia and Electronic Arts are just a few of the gaming development companies in India. A gaming sector in India will be booming at the onset of the coming decade. Additionally, a boom in employment will lead to a substantial increase in demand for gaming courses. Gamers can choose between standard positions or narrowly defined specializations.

Gaming is the fastest-growing segment of entertainment today, with over 2.34 billion gamers all over the world. Over 100 game development companies are operating in India already, according to NASSCOM. The Indian gaming industry generates over $890 million in revenue every year, according to NASSCOM.

The need for skilled professionals in this area is on the rise, from artists to designers to audio engineers. In addition to playing games, there are many job roles that are about creating them.

In the role of a video game architect, they plan and develop all aspects of the game: the setting, rules, environment, story, levels, characters, vehicles, weapons, etc. With the help of programmers, animators, producers, and audio engineers, game designers are able to conceptualize a game idea which then is translated into an overall game.

In addition to market research, they gather feedback from potential users to ensure they are enthusiastic about the game concept. To ensure the game experience matches their original concept, they collaborate with the whole team and supervise them.

When a story is uncontextualized, it’s like a boat without a rudder. In addition to the gameplay, Narrative Designers add context to a story, including how the villain became the villain, why they must be conquered, and what the player will gain from doing so. An experienced Narrative Designer’s tools are words. They create dialogue between characters and both in-game and in-game text.

In any case, they must use creativity when they have to depict the circumstances more through the actions or explanations of the characters than through what they say. This is the job of the story and character designers to add a cherry to the gameplay by defining the “story experience” the players will have throughout the game, thereby enhancing the gameplay experience.

Education Required: A Bachelor’s degree in English Literature or Mass Communication would be required along with certification in creative writing or script writing.

Characters, objects, environments, and sceneries in the game are given physical structure by Visual Artists and Animators. Depending on the source of light, they may define the shadows according to the skin texture of each character, or they may simulate the watery gloss of the road when it rains. As a visual artist, one of the tasks he or she takes good care of is defining the way characters jump, crouche, sit, stand, and move.

Concept Artists, 3D Modelers, and 2D/Texture Artists are a few of the jobs available within the art department, each with a unique set of responsibilities and techniques.

In GTA Vice City, remember the shot that Max Payne fired from his Kalashnikov and the screeching siren? Audio designers and engineers are responsible for all of these. Sound tracks and sound effects, including gunshots and car vrooms, ambient sounds such as traffic, crowd noise, and birds chirping, realism to the in-game world is achieved through sound tracks and sound effects.

Audio engineers develop tracks that are appropriate for each game’s plot and genre. Their audio creates a seamless blend of dynamic sound effects and ambient sound effects to complement the video game’s world.

Adding fuel to the engine is the job of programmers. In order for a game concept to work, they write code. The game artists and designers work closely with the game designers, game producers, and sound technicians to ensure that the technical code is in sync with the design of the game, and that the final product does the creative vision justice. They make sure there are no programming mistakes and fix the game’s flaws identified by game testers. There are large teams of programmers involved in game development, and it is an extremely complex process.

Education Required: An undergraduate degree in Game Programming/Game Development is recommended. An engineering bachelor’s degree is still better. Another option for becoming a programmer is a BCA or Computer Science degree.

Game testers are not too different from gamers who play games all day for a living. It is important to note that Game Testers do not just sit with a cup of tea, watch the stages, and enjoy the game. In a systematic way, they play-test the game, analyzing its performance, spotting bugs, and recommending improvements to the programmers in order to improve quality and playability before the game is released.

Testers often play the same level multiple times until they are certain there are no bugs or glitches. Specifically, the position requires long hours of playing games and making sure minor errors do not adversely affect the gaming experience for players.

Education Required: Bachelor’s degree in engineering or technology. It is recommended that one obtain a degree in Computer Science. If you want to increase your chances of landing a job, you can obtain the ISTQB Certified Tester certification from the Indian Testing Board (ITB).

India is a vast opportunistic land, with endless prospectives in the industry as the video gaming industry closes in on the $200 billion market cap. A big chunk of it can go to gamers in the country. What do you think? Let us know down in the comments below! With the expansion of internet connectivity and advancement in technology, it is a relatively new industry that has grown drastically over the last two decades. 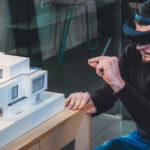 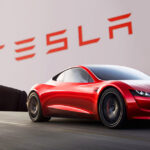