There are many environmental concerns the Bitcoin community has to address – but energy isn’t the only one. The new Science Direct study found mining produced 30.7 kilotons of e-waste every year by May 2021. A country like the Netherlands produces nearly as much small IT equipment waste.

“On average Bitcoin generates 272 grams of e-waste per transaction processed on the blockchain.”

Bitcoin is among the world’s largest producers of electronic waste, including smartphones which contributed approx. 50 million tonnes of waste in 2019, or 10% of the total global e-waste produced in 2019.

In total, Bitcoin is estimated to produce 64.4 metric kilotons of e-waste in this year. “E-waste represents a growing threat to our environment, from toxic chemicals and heavy metals leaching into soils, to air and water pollution caused by improper recycling,” said the study.

The large volume of e-waste generated by these mega Bitcoin miners could be problematic for them also. They are already in trouble with regulators in some countries like China because of their e-waste practices. Specifically, new Bloomberg study reveal that Bitcoin has already consumed 91 terawatt-hours (TW/h) in 2021, surpassing its consumption of 67 TW/h in 2021, according to the Cambridge Bitcoin Electricity Consumption Index (CBECI).

Statista.com estimates that Bitcoin contributes only 0.11% of global e-waste production. In contrast, platforms like Ethereum and Cardano have been able to reduce energy consumption by up to 99%, which could complicate the situation for the world’s most valuable cryptocurrency. 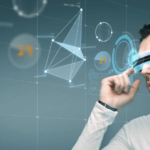 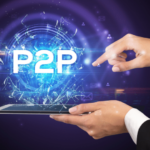